Everyone knows what happened first, no extra motivation needed - Warner said after winning against SRH
Advertisement 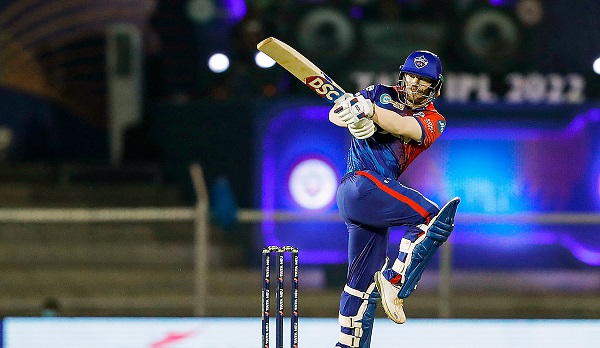 David Warner scored an unbeaten 92 runs in 58 balls against his old team Sunrisers Hyderabad. He also got the man of the match as Delhi Capitals had scored 207 runs while batting first, achieving which the Hyderabad franchise was reduced to 186 runs.

After this match, Warner has said that he did not need any extra motivation for this match.

After speaking to SRH, Warner said, “I didn’t need the extra motivation. We’ve all seen it done in the past. It was nice to get another win.”

This time there was a change in the color of the jersey.

Warner’s innings was made even more beautiful by the flamboyant Rovman Powell as he smashed 67 off 35 balls in the final overs as Delhi went on a rampage.

Warner says, “I was stuck on one end. Trying to run fast. He hit the ball clean and then it went long. On the other day there was also a 117m six, how easily these boys boundaries I am getting old. I need to go back to the gym. I am only able to hit 85m. Hopefully I can hit 100m sometime.”

There was also a chance to score a century-

Speaking about the wicket, Warner said that it was good to bat and anything around 200 would have been a par. Despite having a chance to score an incredible century, he allowed Rovman Powell to strike in the final over in what could have been his fifth in the IPL. Warner would have equaled Virat Kohli’s record if he had managed to achieve the milestone in Mumbai last night.

The team reached the fifth position in the points table

Warner says, “The wicket was good, whether you bat first or later, it doesn’t matter. I have had some success here and I know if I play my shots, I will get it again. I hit the ball in the gap.” Didn’t think of doing it, just saw the ball hitting it, it was coming right on the bat.”

Delhi Capitals are now fifth in the points table as they have 10 points from 10 matches. They have a good run rate but the race for the playoffs is tough right now. Therefore, Delhi would like to win the remaining four matches so that there is no other mess left in the last four.

DC vs SRH: Pooran-Markram’s explosive innings in vain, on Khaleel’s strength, Delhi returned to the path of victory