Experience has no value, when I score a century, compare it to Bradman: Rahim
Advertisement 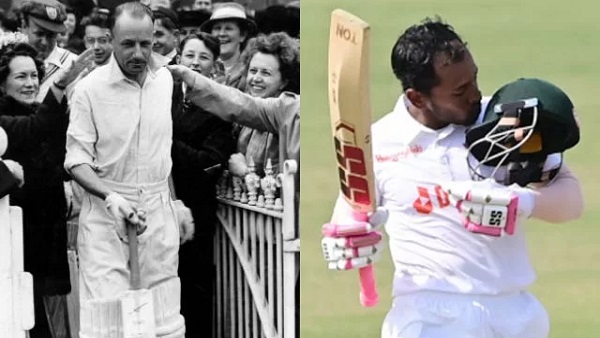 New Delhi. Bangladesh batsman Mushfiqur Rahim vented his anger during a press conference after the end of the fourth day’s play against Sri Lanka. Rahim scored his eighth Test century on the fourth day, as well as becoming the first Bangladeshi player to score 5000 Test runs. However, he is not happy with his own cricket board, about which he spoke openly.

Mushfiqur said in a statement, “I think experience has no value in Bangladesh. Playing for 17 years is a big deal. All that awaits me, Allah has written, and I want to perform as well.” It’s a great feeling to be the first Bangladeshi to reach 5000 Test runs. But I am sure I am not the last. We will have a lot of capable players in our seniors and juniors who can reach 8,000 or 10,000 runs.”

Also read- LSG vs KKR: Quinton de Kock scored a century, 100 runs in 20 balls, many records were made

Mushfiqur had failed to score a century in 18 innings after his double century against Zimbabwe in 2020. He scored 91 against Pakistan in 2021. Since then, he has registered only one 50+ score which came in his recent series against South Africa. In such a situation, wicket-keeper batsman Rahim said that in his country a player is appreciated only when he performs well. He revealed that whenever he has scored a century he is compared to Australian batting legend Don Bradman. But whenever he failed to score well it was a nightmare for him.

Rahim said, “Only in Bangladesh have I seen people compare me to Bradman when I score a century, but then when I don’t score runs, I feel I am digging a pit for myself. I am a senior. I’m one of the players so we won’t be here for long. But it’s becoming a culture so young players need support. If I have to spend that much time dealing with these things off the field, our On-field duty is affected.”