External Affairs Minister S Jaishankar saddened by the condition of a hospital in Sri Lanka, instructed for immediate help
Advertisement 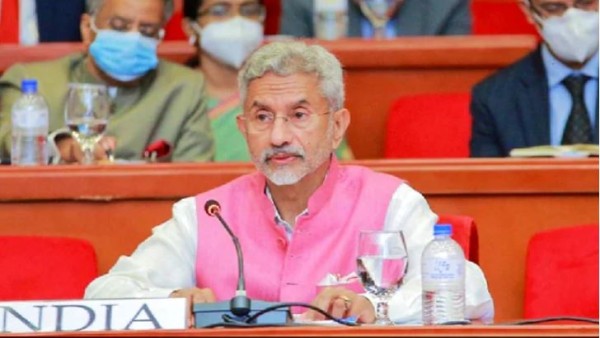 New Delhi, 29 March. External Affairs Minister S Jaishankar today asked the Indian High Commissioner in Sri Lanka to help the hospital which had stopped surgery due to paucity of medicines. Let us tell you that Sri Lanka is going through a huge economic crisis at the moment. Many people have left the country and taken refuge in India. S Jaishankar said that amidst the miserable economic condition of Sri Lanka, he read the tweet of a Sri Lankan journalist, which he was disturbed to read.

Jaishankar was upset after reading the tweet of the journalist

Sri Lankan journalist Ayubowan tweeted with #EconomicCrisisLK – Due to lack of medicines, scheduled surgery at Peradeniya Hospital has been suspended. There is only emergency surgery being done. Retweeting this tweet of the journalist with #NeighborhoodFirst, External Affairs Minister S Jaishankar wrote – I am very upset by this news. I am asking High Commissioner Baglay to get in touch and discuss how India can help.

Disturbed to see this news. Am asking High Commissioner Baglay to contact and discuss how India can help.@IndiainSL #NeighborhoodFirst

S Jaishankar, who is on a three-day visit to Sri Lanka, directed Indian High Commissioner Gopal Baglay to help Peradeniya Hospital. The External Affairs Minister was in Colombo to attend the BIMSTEC Group meeting. Five of its seven members are from Asia. Let us tell you that from a strategic point of view, Sri Lanka is India’s major neighbor in the Indian Ocean region and occupies a special place in PM Modi’s Sea and Neighborhood First initiative.

Significantly, Sri Lanka is currently facing a huge economic crisis. Since 2020, Lanka’s foreign exchange reserves have declined by 70%, due to which it is unable to pay for essential imports of food and fuel. Sri Lanka has sought help from many countries including India. India has announced a line of credit of $ 1 billion for Sri Lanka, which is facing severe economic crisis. In February, the Indian government extended a $500 million loan to Colombo to help it purchase petroleum products.

FDI increased by 65 percent in Modi government compared to UPA government, investors have faith in us – Finance Minister