Ezra Miller Claims They Were Assaulted In Arrest Video, Accuses Cops Of Touching Their Genitals
Advertisement

Doctor Strange 2: Here's Why Ryan Reynolds' Deadpool Didn't Make It To MCU With Multiverse Of Madness

Sophie Turner On Filming Heavy Game Of Thrones Scenes: I'll Exhibit Some Symptoms Of Trauma Down The Road 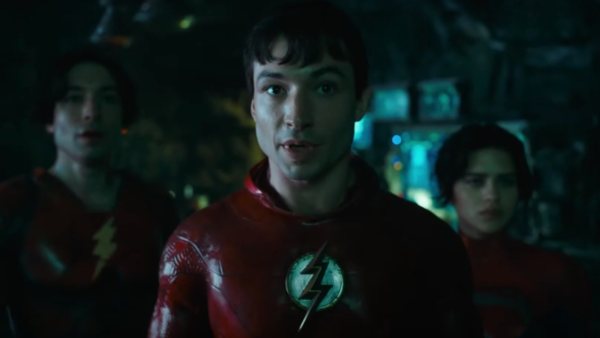 A new footage of Ezra Miller’s arrest in Hawaii in March has been made public by TMZ.

The Fantastic Beasts: The Secrets of Dumbledore
The actor claimed that they were assaulted in the bar and then arrested for disorderly conduct. Reports also revealed that Ezra accused the cops of touching their genitals.

The video obtained TMZ, reportedly taken from a police officer’s body camera, begins with a man in a Hawaii bar saying that he had just been playing darts when Miller walked up and spit on him for no discernible reason. However, Miller, who uses they/them pronouns, disputes this account, saying they were the one who had been assaulted in the bar.

Meanwhile, the actor has said that they have their own video of the incident. They can be heard saying, “I was assaulted in this bar, twice in a row. I film myself when I get assaulted for NFT crypto art.” Miller then asked for the police officer’s name and badge number, which he reportedly provided.

“I’m being arrested for disorderly conduct? I was assaulted. You understand that, right? The guy at that bar declared himself as a Nazi. I have it on film and he attacked me,” Ezra said when the cops arrested them. Miller claimed their 9th and 4th amendment rights to stop the arrest, to not be searched and seized on no probable cause.

The clip then showed Miller yelling “Hey, you just touched my p*nis! Please don’t do that. I’m transgender, nonbinary, and I don’t want to be searched by a man!” When the cops seized their belongings, Miller said, “Please don’t take them from me. The Flash ring means a lot to me.”

Miller ended up pleading no contest to disorderly conduct and was fined $500 and the harassment charges were dropped. However, three weeks later, he was arrested again for allegedly throwing a chair at a woman after becoming agitated when he was asked to leave a private residence.