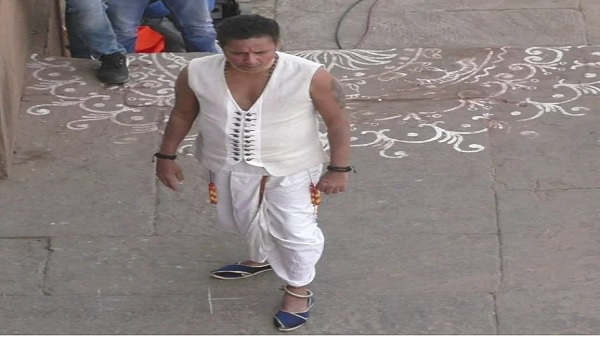 Actually, the video of his shooting went viral, in which he is seen dancing wearing shoes. In the video, not only Sukhwinder Singh, dozens of co-artists are also seen wearing shoes on his feet, after which people have been furious at him and are fiercely criticizing him on social media and accusing him of insulting God. In the picture that surfaced, Sukhwinder can be seen in a dhoti and khadi jacket.

Sukhwinder Singh replied to the trollers

However, when the controversy started escalating, Sukhwinder Singh himself has responded to the trollers. He said angrily that ‘if someone’s feeling is reduced by doing this, then prove it and show it. Our intention was not to hurt anyone’s sentiments. Let us tell you that Sukhwinder Singh’s music video ‘Hanuman Chalisa’ is being shot at Chet Singh Ghat in Varanasi.

Sukhwinder Singh was born in Amritsar

Singer Sukhwinder Singh, who became famous in Bollywood, was born on 18 July 1971 in Amritsar, Punjab. He started performing on stage at the age of just eight. He gave his first stage performance on the song Saare-Ga-Pa by Kokila Lata Mangeshkar.

Will Smith’s wife breaks silence after slap in Oscar ceremony, said this