Fans stunned in the theater on the title track of 'Bhool Bhulaiyaa 2', the video went viral
Advertisement 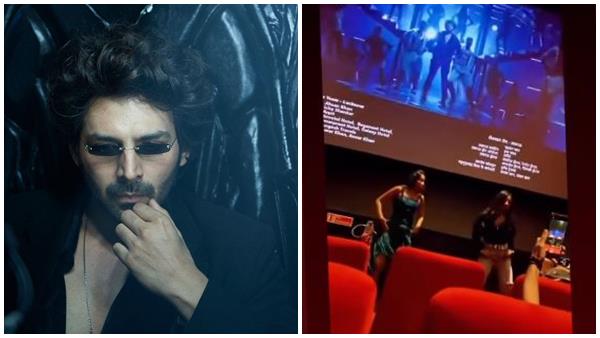 Fans stunned on the title track

Actor Karthik Aryan’s film ‘Bhool Bhulaiya 2’ was released in theaters on 20 May. Currently, the film is rocking the box office. The title track of this film has won the hearts of the fans. Karthik’s zig-zag steps in the song are trending a lot on social media. Meanwhile, Karthik Aryan has shared a video on his Instagram. In which the fans were seen swinging in the cinema hall on this title track.

Kartik’s reaction on the video

Talking about this video, two women are trying to copy Karthik’s dance steps in this. Although both have copied Karthik’s step very well. This video is from when the title track is played at the last in the cinema hall after the film is over. Karthik Aryan has shared this video of women on his Instagram story. Praising the women, he wrote in the caption – “Kill it.” Sharing another video of the dance, he wrote, “Love you guys.”

Let us tell you that in the film Bhool Bhulaiyaa released in the year 2007, actor Akshay Kumar was seen in the lead role. The acting of Akshay Kumar in the film was well liked by the fans. The title track of this film has been remade. Talking about its beats, it is almost identical.

Talking about Karthik Aryan’s film Bhool Bhulaiyaa 2, the film is earning record-breaking earnings. It has been only 6 days for the release of the film so far and in just 6 days the film has earned Rs 86 crores at the box office. The film stars Kartik Aaryan and Kiara Advani in lead roles. Apart from this, the film also stars Tabu, Rajpal Yadav and Sanjay Mishra.

Ranbir Kapoor Video: Whose is this child whom Ranbir kissed, watch this viral video