Fans were angry to see Ishant Sharma in the guest box, said - this was all that was left to see
Advertisement 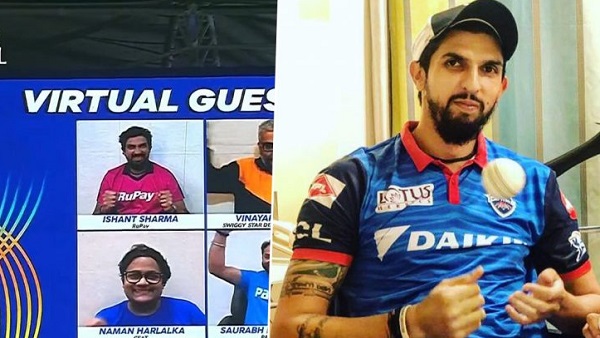 new Delhi. During the IPL 2022 match between Royal Challengers Bangalore and Kolkata Knight Riders played on Wednesday, when the Indian cricket team’s fast bowler Ishant Sharma was seen by the fans in the virtual guest box, he was completely surprised. The match turned out to be special for RCB in the last overs. However, with the victory of RCB, reactions started coming on social media about Ishant Sharma too.

Batting first, Kolkata Knight Riders batsmen scored 128 runs. Even though the Bangalore franchise had to work hard for this, they finally managed to finish the match. However, what was more shocking and surprising during the match was when fans saw former Indian cricketer and fast bowler Ishant Sharma watching the match from the virtual guest box.

Virtual Guest Box is a concept in IPL, where a fan representing the sponsor can watch the match from the comfort of their own space. Ishant Sharma appeared in the guest box as the representative of Rupay.

Not only a few days ago, Ishant was a key member of the Indian Test team, but due to poor form and the emergence of several top bowlers, Ishant has been dropped from the Indian team in the recent Test series. He also went unsold in the IPL 2022 Mega Auction. However, in the 2019 auction, Delhi Capitals added him with them. Then he came to play for Delhi in IPL for 3 consecutive seasons. 33-year-old Ishant has played a total of 93 matches in IPL career, taking 72 wickets at an economy of 8.11. At the same time, his best performance in IPL was taking 5 wickets for 12 runs.

Ishant Sharma was one of member in virtual guest box yesterday night. pic.twitter.com/lE9K3ddDw4

‘That ball of Yuvraj changed my life’, Bravo narrated the story of 2006 that made T20 career

IPL 2022: Mumbai Indians’ strong batsman got fit before the match against RR