Fans were furious over not giving this player a place in the Asia Cup, said - the fault of the selectors should not be the reason for the defeat
Advertisement 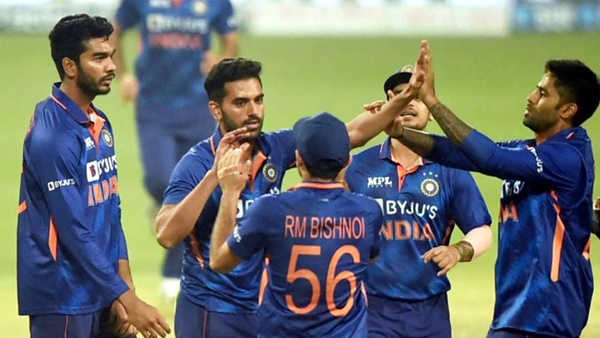 The selectors showed these players the way out

There is no name in the 15-man Indian team selected for the Asia Cup. Players like Ishan Kishan, Shreyas Iyer, Shikhar Dhawan, Axar Patel and Deepak Chahar have not been included in the team by the selectors. Some cricket fans are not happy with this decision of the selectors. The displeasure of the fans can be seen especially due to not being given a chance to Deepak Chahar.

Fans disappointed with Deepak Chahar not being in the team

Ever since the announcement of the Indian team for the Asia Cup, some cricket fans are expressing their displeasure on social media. According to the fans, Deepak Chahar can be made a part of the team instead of Avesh Khan. According to a BCCI press release, fast bowlers Jasprit Bumrah and Harshal Patel are injured and recovering at the National Cricket Academy. That’s why he was not selected in the team for the Asia Cup.

Fast bowling can increase the tension of the team

Apart from Bhuvneshwar Kumar in fast bowling, India have Arshdeep Singh and Avesh Khan who have made their debut for India this season. Talking about the pace attack, there is variety in it but there is no experience, if the fans are to be believed, then it can prove to be a weak link for India. Apart from the fast bowler, the team includes four front-line spinners Ravindra Jadeja, Ravichandran Ashwin, Yuzvendra Chahal, Ravi Bishnoi.

‘Kaifu what is his problem’, hero in IPL, becomes zero for West Indies! Ravi Shastri asked a question