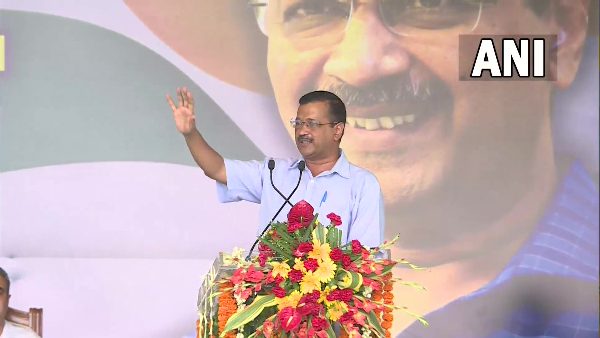 New Delhi, 29 May. In the public meeting of the common man in Dharmanagri Kurukshetra, Chief Minister and AAP convener Arvind Kejriwal praised the development model of Delhi. He said that the farmers of 36 castes of Punjab and Haryana had agitated till one seven to bow down the government. He said that like God suppressed the ego in Treta and Dwapar, the farmers have broken the pride of BJP. Arvind Kejriwal said that after Delhi and Punjab, now Haryana’s turn has come.

After Delhi and Punjab, now corruption has ended in Haryana. Kejriwal said that he has heard that BJP wants to replace CM Khattar with someone else in Haryana. The AAP convener said that the AAP government has given 12 lakh jobs in Delhi so far. There is a plan to create 20 lakh jobs in the next 5 years. Targeting the Khattar government of Haryana, the AAP leader said that recruitment papers get leaked here. It’s not going to give you jobs. There is no talk of providing schools, electricity, water, employment to their government. Army jobs are not being opened. He said that he will write a letter to PM Modi for this.

CM Arvind Kejriwal praised the development works of the Delhi government. He said that 24 hours free electricity was supplied in Delhi. Free treatment to 2 crore people in Delhi. Improved the education system in schools. Mohalla clinics were done.

The AAP convener appealed to the platform for the general candidate in the Haryana Municipal Corporation elections. He said that if the people of Haryana want electricity free of cost, then they will have to change the government. Vote for AAP first in the Municipal Corporation of Delhi and then vote for them to remove the Khattar government in the state, he said.

Taking a jibe at the BJP state and central government, AAP leader Kejriwal said that when the US President came to India two years ago, his wife Millenia Trump had expressed her desire to schools in Delhi. He visited Delhi schools. He questioned the education efforts of the Haryana government and said that the American President’s wife had come to see the schools in Delhi but who comes to see the schools in her. In Delhi, four lakh people got their names removed from private schools and enrolled in government schools. He said that BJP had become proud that no one would stand in front of them, Treta to Ram, Ravana to Dwapar, Shri Krishna to Kansa and farmers broke the pride of BJP in Kaliyuga. The BJP is full of luscious words. Just a few days ago goons attacked my house the next day BJP respected them. Wherever rape happens in the country, their party reaches out to pay their respects. You are a party of honest and thinking people of the country. Taking a jibe at the opposition parties, he said that when the person above blows a broom, only a storm comes.

While addressing the public meeting, Delhi’s Seam and AAP Convenor Arvind Kejriwal said that give me a chance, I will improve all the schools in Haryana. Delhi government schools are proof. The children of the poor will also become engineers and doctors. We did not allow private schools in Delhi to increase fees in the last 7 years.