FDI increased by 65 percent in Modi government compared to UPA government, investors have faith in us - Finance Minister
Advertisement 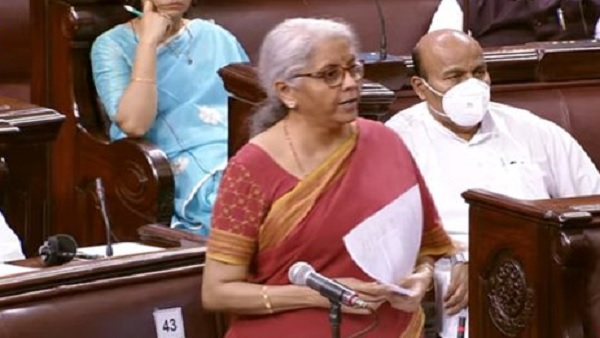 New Delhi, March 29. Finance Minister Nirmala Sitharaman has said in the Rajya Sabha that the FDI inside the country has increased by 65 percent during the tenure of the Modi government as compared to the UPA government. The Finance Minister said that since 2014 till December 2021, FDI of US $ 500.5 billion has happened inside the country, which is 65 percent more than the 10-year tenure of the UPA government. Nirmala Sitharaman said that this is because investors have more faith in the economic management of the present government.

Nirmala Sitharaman was speaking during the discussion on the Finance Bill, 2022 and the Appropriation Bill, 2022 in the Rajya Sabha. He said that India currently remains in the top 5 FDI ​​countries of the world. The Finance Minister said that foreign investment in India stood at USD 74.9 billion in the last fiscal, which increased to USD 81.72 billion in 2020-21. He said that despite the Kovid epidemic, the government did not resort to tax to mobilize resources and did not increase any tax for economic recovery.

On the other hand, according to an OECD report, 32 countries have resorted to increasing their tax rates for their economic recovery. During her speech, Sitharaman also highlighted that the war between Russia and Ukraine is affecting all countries like the Corona pandemic did. The Finance Minister also said that Rs 8.35 lakh crore has been given to states from central taxes in the current fiscal, which is higher than the revised estimate of Rs 7.45 lakh crore for 2021-22.

External Affairs Minister S Jaishankar saddened by the condition of a hospital in Sri Lanka, instructed for immediate help

Anil Ambani resigns from the post of director of Reliance Power and Reliance Infrastructure, know what is the reason