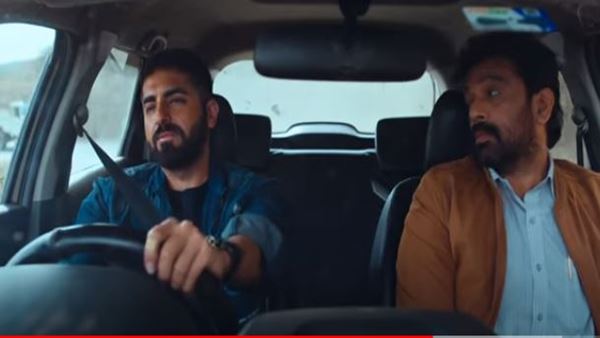 Mumbai, May 27: Actor Ayushmann Khurrana often brings some different content for the fans in his new film. Whenever his film was about to release, the fans are excited that, this time Ayushman is going to bring something different in his film. When the trailer of Ayushmann’s film Anek was released, the fans had already declared this superhit film Anek.

Fan demands Oscar
Let us tell you that the film has been released in many theatres. Fans who have seen the film are not tired of praising Ayushmann on social media. Fans are giving different types of reactions on Twitter. One user wrote, “Another great performance #AyushmannKhurana”. On the other hand, another user wrote that, ‘Many … what a film … a must watch film. I would give it 5 out of 5 stars. India should send this film to the Oscars.

The story of the film Anek
Ayushmann Khurrana is playing the role of an undercover cop in the film Anek. This film is based on the people of Northeast. Director Anubhav Sinha tried his best to show this issue in the film. The film focuses mostly on the people of the Northeast. those who are discriminated against. This is the reason, some people there do not consider themselves to be Indians. Everyone has done their brilliant acting in the film. From the reaction of the fans, it can be guessed that the film is worth watching.

Boney Kapoor got ripped off of about Rs 4 lakh, credit card fraud happened like this