For increase in age and health, start Surya Vrat in Vaishakh month
Advertisement

Nautapa 2022: Sun's entry into Rohini from May 25, Nautapa will start

Venus will transit in Aries from 23rd May, 27 days best for love relationships 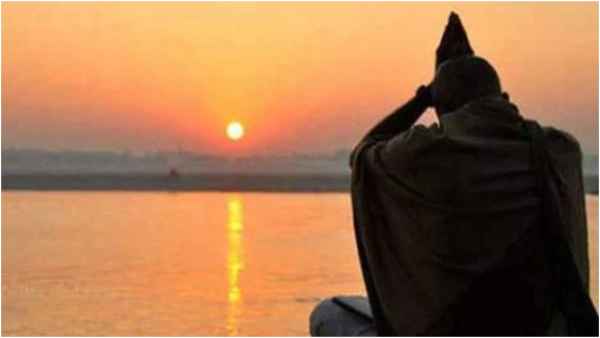 New Delhi, 20 April.
Lord Surya not only illuminates the universe, but he is also the life-giving deity. Sun is called the king of planets in astrology. In the exalted position of the Sun, the person gets prestige, status, happiness, health and longevity, but if the Sun is in a bad condition in the horoscope, is sitting in a sinful state, then the person gets the opposite effects. In such a situation, the law of fasting Surya has been told.

How Surya Vrat is done

Surya Vrat is started from any Sunday of Vaishakh month. Surya Vrat is observed for a year or 30 Sundays. If you have taken a resolution for one year, then it should be done from Vaishakh to Vaishakh month, otherwise it can be done for 30 consecutive Sundays also. On the day of the fast, wear red colored clothes and clean the place of worship and sit on a red seat. Install the Surya Yantra of the Sun’s picture in front on a pile of wheat by laying a red cloth on a post. Worship the Sun God with red sandalwood and red flowers. Offer jaggery, jaggery pudding in naivedya. While sitting there, chant 12 or five rounds of the mantra Om Hra Hreem Hrauns: Suryay Namah. After chanting, offer Arghya to the Sun with pure water, red sandalwood, Akshat, red flowers and Durva. Consume wheat bread, porridge, milk, curd, ghee and sugar in food. Salt should not be eaten during Surya Vrat. Worship in the same way every Sunday.

How to do Udyapan Vrat

According to your resolution, after the completion of the Surya Vrat, its Udyapan is performed. Call a qualified learned Brahmin and get the fast done by law. In Udyapan, feed 12 Brahmins and give them charity and dakshina.

4-year-old child made a record by chanting Mahamrityunjay Mantra 14 times in 1 minute, know who it is