For 'Tenth', Nimrat Kaur had increased the weight of 15 kg, know how to increase and reduce weight?
Advertisement 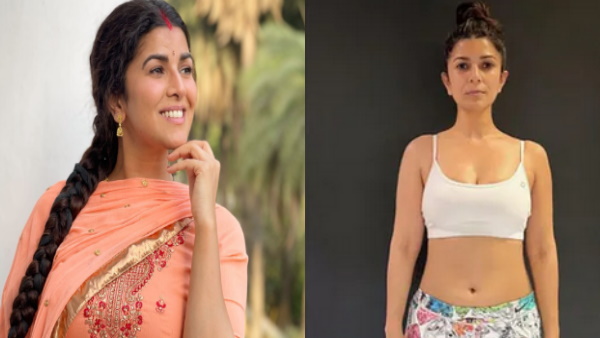 Had to do this effort to gain weight

Nimrat Kaur shares that she went through a lot of hardships for her body transformation for the tenth film. Recently shared her before and after pictures and shared her experience after gaining and losing weight. Gaining weight was very challenging for me. We had appointed a nutritionist to gain weight. From Delhi, my mother used to make different types of parathas and freeze them and send them. The director of the film Tushar also used to get sweets, samosas, gajar ka halwa, jalebi for me from his house so that my weight would increase.

In the interview given to the media, Nimrat said that I do not want to change what I eat, so I do more exercise to lose weight and do so that I can eat whatever I want. She started keeping herself fit with yoga and pilates. For breakfast, porridge and sometimes eggs or toast were also eaten. I do not like juice, so I eat fruits and nuts, do not eat meat, and eat a lot of vegetables, as well as have dinner by 7 pm. Due to this, my body became the same again and the weight was reduced.

Nimrat told that due to the weight gain, he had to bear a lot of mental and physical torture. He told that some people around often gave him a lewd remark, an unnecessary joke or an unsolicited advice on what he should eat. All I kept in mind at the moment was to just focus on my own business. The actress wrote, “Be kind. Be sensitive. Be beautiful. Don’t ruin someone’s day if you can’t make it better. Be responsible. Just make your mind and body your business. No one else’s.”

Nimrat plays the role of Bimala Devi in ​​Dasth

Let us tell you that Nimrat plays the role of Bimala Devi in ​​Dasth, a social comedy film that throws light on the importance of education. Bimla becomes an accidental chief minister after her husband Ganga Ram Choudhary, played by Abhishek Bachchan, is jailed. The film also stars Yami Gautam, who plays a cop, who instigates Ganga Ram Chowdhary to clear his 10th class exams from jail. It was released on Netflix and Jio Cinema on 7 April.

On hearing Dawood’s name, Mandakini got angry, said- ‘It is not right to scrape the past’

Alia is a little behind Ranbir in terms of earnings, know how much property both the stars have?