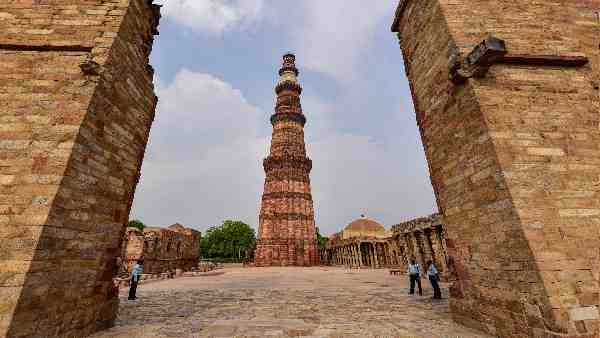 New Delhi, May 18. In the midst of the Gyanvapi Masjid controversy, there is also a ruckus about the Taj Mahal and Qutub Minar. A petition seeking permission to worship at Qutub Minar is being heard in a Delhi court, but in the meantime, former zonal director of the Archaeological Survey of India (ASI) Dharamveer Sharma has made a shocking claim. He has said that the Qutub Minar was built by King Vikramaditya and not by Qutb al-Din Aibak. He said that King Vikramaditya had built Qutub Minar to study the direction of the Sun.

Dharamvir Sharma has said, “It is not Qutub Minar, but a Sun Tower. It was built by King Vikramaditya in the 5th century. I have a lot of evidence about it.” Let us tell you that Dharamvir Sharma had surveyed the Qutub Minar many times on behalf of the Archaeological Survey of India.

There is an inclination of 25 inches in Qutubi Minar

Dharamveer Sharma has further said that the minaret of Qutub Minar has an inclination of 25 inches. This is because it was built to observe the Sun and therefore, on June 21, there will be no shadow for half an hour between the shifting of the solstice. This is science and archaeological fact. Therefore, what is called Qutub Minar is an independent structure and has no relation to the mosque nearby. The door of Qutub Minar is also in the north direction.

It is not right to compare it with Gyanvapi

After being released from jail, Rajiv Gandhi assassination convict Perarivalan said – I am free now, let me breathe