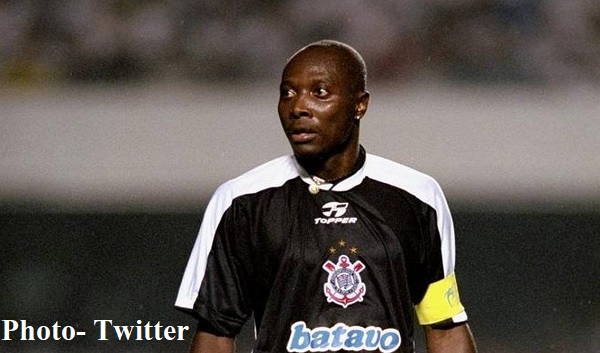 New Delhi, April 14: Former Colombian captain Freddy Rincon has died with serious head injuries after being involved in a car accident in Cali.

Rincon was driving a car that collided with a bus early on Monday. All the passengers in the car were injured, as well as the bus driver.

“Freddie Eusebio Rincon arrived at the hospital this morning with a traumatic brain injury,” the Imbanaco Clinic said.

Also read- After CSK, now Deepak Chahar’s injury is ready to give a big blow to Team India

The medical center had told that Friendy’s condition was critical. After this, whatever tests were done, there was no sign of recovery in the condition. In this regard, the medical director of the clinic, Laureno Quintero Barrera, has told that the footballer remained in the ICU in a very bad condition.

The moment of the accident has been captured by one of the security cameras in the area which you can watch here.

He also holds the record for most World Cup final appearances for his country with Carlos Valderrama, who played in 10 tournament games.

Rincon was part of the team that ended the country’s 28-year wait to play in the World Cup, when they qualified for the 1990 final, and scored a memorable goal in a 1–1 draw against West Germany.

He also played for Napoli, Palmeiras and Santos as well as for Corinthians, winning the FIFA Club World Championship for the first time in 2000.