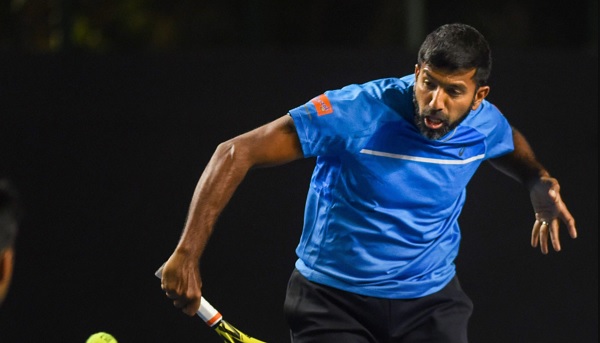 Paris, 24 May:
The pair of Rohan Bopanna and Matvey Middlekup reached the second round of the French Open 2022 men’s doubles event on Tuesday.

Also read- ‘Toss and luck’ hit more than ‘sticky wickets and swing’, what did Sanju say on RR’s defeat

Bopanna and Middlekoop started the match on a strong note. In the second set the sixteenth seeded pair completely dominated the match in straight sets.

Bopanna and Middelkop will take on the winner of the second round match between Sebastian Bez-Felipe Meligany Rodrigues Alves and Andrey Golubev-Fabrice Martin.

Indian tennis star Sania Mirza and her Czech partner Lucie Hradeka will face Jasmine Paolini and Martina Trevison in the women’s doubles first round on Wednesday. While in men’s doubles, Ramkumar Ramanathan and Hunter Reese of America will face German pair of Daniel Altmaier and Oscar Otte.

Went to the gym, pulled the ropes, threw the ball, belly fat was not decreasing, Sania’s pain spilled in Lata’s song