From Baby AB to Umran... these are the 5 young stars who can win the Emerging Player of the Year award
Advertisement 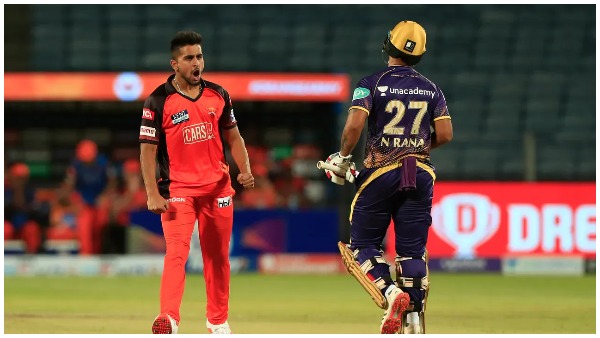 The first name in this list comes from Sunrisers Hyderabad’s young fast bowler Umran Malik. Umran was retained by Hyderabad for Rs 4 crore before the mega auction and he troubled the legendary batsmen around the world with his fiery balls throughout the season. Umran of Srinagar took 22 wickets in 14 matches at an average of 20.18. He also made the record of bowling the fastest ball in the season.

Against Delhi Capitals, Umran Malik bowled the ball at a speed of 157 kmph. It is the effect of his excellent performance that he was selected for Team India for the first time for the 5-match T20 series to be played against South Africa in June. Umran can win the Emerging Player of the Year award this year.

The next name in the list comes from Mumbai Indians’ young left-handed batsman Tilak Verma. Tilak impressed everyone with his performance in IPL 2022. Tilak of Hyderabad was bought by Mumbai in a mega auction for Rs 1.70 crore. His bat was seen in excellent rhythm throughout the season. Tilak scored a total of 397 runs in 14 matches in his very first IPL season at an average of 36 and a strike rate of 131. During this, two half-centuries were also seen with his bat. Tilak can win the title of Emerging Player of the Year.

Mumbai Indians’ young player Devald Brevis is also in the race to win the Emerging Player of the Year award. Brevis of South Africa, popularly known as Baby AB, was bought by the franchise for Rs 3 crore. The 19-year-old right-handed batsman got a chance to play in 7 matches and scored a total of 161 runs at an average of 23 and a staggering strike rate of 143. In 7 innings, he got a score of more than 30 three times with his bat. He scored 49 runs in just 25 balls against Punjab Kings.

Young fast bowler Mukesh Chaudhary, who took 16 wickets in 13 matches for Chennai Super Kings in IPL 2022, can also win the Emerging Player of the Year award. In the absence of Deepak Chahar, the young player of Rajasthan impressed the cricket connoisseurs a lot. Mukesh was very effective in the powerplay for Chennai. Mukesh showed his way out of the field by dismissing legendary batsmen like Virat Kohli, Rohit Sharma and Kane Williamson with his dangerous swing.

In this list of winning the Emerging Player of the Year award, the last name of Lucknow Super Giants young pacer Mohsin Khan comes. The 23-year-old Mohsin has been associated with IPL for a long time, but he got the opportunity to play in the tournament for the first time this season. In the initial matches, Mohsin had to sit on the bench, but after getting a mid-season opportunity, he did not look back.

Mohsin took a total of 13 wickets in 8 matches of the league stage with an impressive average of just 13.23. During this his economy was only 5.93. Mohsin played a big role in getting Lucknow a ticket for the playoff. In the Eliminator match, he took 1 wicket for 25 runs in 4 overs against RCB.

There used to be dirty politics in Australian cricket, Justin Langer scolded Richard