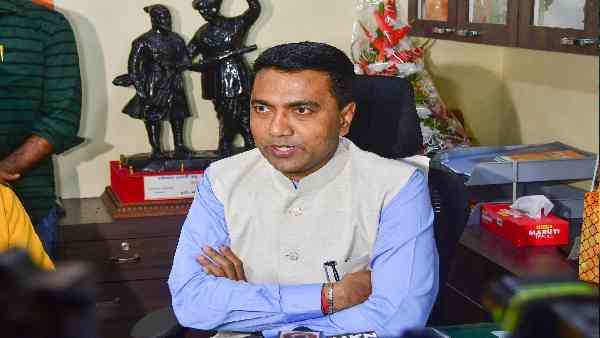 If the leadership allows, 5-6 MLAs are ready to come: BJP

Half of the 40 seats in the Goa Legislative Assembly i.e. 20 are with the BJP. But, the Bharatiya Janata Party claims that if the party leadership gives permission, it will cross the figure of MLAs by more than two-thirds. Party general secretary and Goa in-charge CT Ravi on Saturday claimed that five to six non-BJP MLAs from Goa are still in touch with the party and are waiting for approval from the central leadership so that everyone can join them. can be brought It may be mentioned here that the Chief Minister Pramod Sawant-led BJP government in the state also has the support of three independents and two Maharashtrawadi Gomantak Party MLAs.

Claim of touching 30 mark among big leaders of the state

Speaking at the state BJP working committee meeting in Goa, CT Ravi said, “Our slogan during the elections was to win 20 seats. We are 25 now. Don’t worry, we will be 30 in 2022 if the party’s central leadership allows it. Chief Minister Pramod Sawant, Union Minister Shripad Naik and State BJP President Sadanand Shet Tanawade were also present in this meeting. In his speech, Ravi described Prime Minister Narendra Modi as the world’s most popular leader and said, ‘The most popular leader of the world is Narendra Modi, not the US President Joe Biden. It was during his recent visit to Japan that he was leading the world.

This statement was given about the leaders of Congress

However, when the Economic Times questioned Ravi on the claim of him and the MLAs joining the BJP, he did not divulge who is the MLA, whom he is awaiting the green signal of the central leadership to bring him into the BJP. But, he definitely targeted the opposition party for the leaders leaving the Congress. He said that ‘Ever since Congress has held a ‘chintan meeting’ in Udaipur, we are seeing its effect. He said ‘Within a few days of the meeting, Hardik Patel in Gujarat and Sunil Jakhar in Punjab left the party. This is not going to stop and more and more leaders will leave the party.

Will Congress break again in Goa?

In the Goa Legislative Assembly elections held in February-March last, out of 40 seats, 11 MLAs of Congress have won. Whereas, BJP currently has the support of 25 MLAs (BJP-20, Independent-3 and MGP-2). Rest GFP has 1, Aam Aadmi Party has 2 and RVLTGONP has 1 MLA. In such a situation, if the BJP leader’s claim of being in contact with 5 to 6 non-BJP MLAs is true, then it is not possible without breaking the Congress MLAs.

History of defection in Goa

The history of defection in Goa is very old. If we look at the last more than two decades, then only in 2012 (BJP-21) and 1999 (Congress-21) the government of any party was formed with absolute majority. She could not complete her term in 1999 despite Congress having an absolute majority and had to hold re-elections in 2002 (BJP-17, Congress-16). As far as Congress is concerned, in 2017 it had 17 MLAs and BJP had only 13 MLAs. But, BJP formed the government. In July 2019, there was such an occasion when 10 of the remaining 15 MLAs of Congress had joined BJP together.