'Golden Girl' Nikhat is a big fan of Salman Khan, said- 'Maybe he is waiting for me'
Advertisement 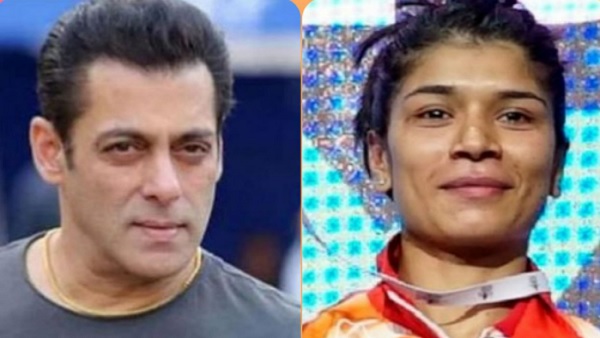 ‘Had to bear the taunts of close relatives too’

Today every Indian is praising this promising daughter from the heart. But Nikhat’s journey till here was not easy at all. While he had to compete with fellow players to move forward in the world of boxing, he also had to endure the taunts of close relatives who pointed fingers at his short clothes.

After winning the gold, Nikhat had a special conversation with The Indian Express and talked about the special things related to his life. She said that she considers herself fortunate to have parents with optimistic thinking. Let us tell you that Nikhat’s father Mohammad Jameel himself used to play football and cricket, his inclination was towards sports from the very beginning and therefore he also wanted any of his four daughters to choose a career in sports and this was his dream. completed.

‘Used to taunt me after seeing clothes and shorts’

Nikhat said that ‘When Papa used to give me boxing training in my childhood, some relatives used to taunt me after seeing my boys clothes and shorts but Papa used to say that we don’t have to care about anyone and I then concentrate on my sport. But she used to put it.

Nikhat said that ‘he had only two wishes, one of which was that he should be trend on Twitter one day. When I was going to the hotel after winning gold, a friend of mine called me and said that you are in trading today, I cannot tell how happy I was at that time. when after victory When PM Modi called me, that moment was also historic. I was feeling happy that I have done something for my country. My one wish has been fulfilled, I hope the other one will also be fulfilled soon.

After this, when Nikhat told about his second wish, he was quite surprised and funny because Nikhat’s second wish is to meet superstar Salman Khan.

‘I am a die-hard fan of Salman’

Nikhat said that ‘I am a die-hard fan of Salman, what should a fan say, understand that I think maybe he is waiting for me, so he has not married yet.’ He laughed and said that you know that I am a fan of 90’s Salman, who was in the film ‘Hum Saath-Saath Hain’ i.e. Masoom Wale Salman.

Eagerly waiting for the movie ‘Tiger’

She also said that she is eagerly waiting for her upcoming film ‘Tiger’. Right now Nikhat’s full focus is on his game and he said that now his next target is Olympics. Let us tell you that Nikhat Zareen won the title of Youth World Champion in 2011.

‘India will rule in Test cricket on the basis of these two batsmen’, Sehwag told which two players will the world be afraid of