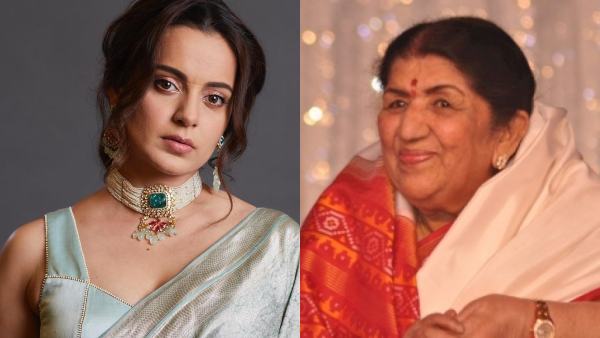 Kangana Ranaut recently expressed her disappointment over the iconic Lata Mangeshkar’s name missing from ‘In Memorium’ segment at Grammys 2022. The Recording Academy on April 3, 2022, paid tribute to all the great musicians who passed away in the past year.

Reacting to the special segment during the Grammys, Kangana Ranaut took to her Instagram stories and wrote, “We must take strong stands against any local awards who claim to be international and yet ignore and intentionally sideline legendary artists because of their race or ideologies.. . both Oscar and Grammy failed to give tribute to Bharat Ratna Lata Mangeshkar ji… our media should totally boycott these biased local events who claim to be global awards…” (sic)

The ‘In Memoriam’ segment of the 64th Annual Grammy Awards paid tribute to several late musical powerhouses including Stephen Sondheim and Taylor Hawkins. However, the late legendary Indian singer Lata Mangeshkar’s name was missing from the honorable section. Later, on the Grammys website, the late singer’s name was mentioned in a comprehensive list.

Last month, India’s late nightingale was featured in the British Academy Film and Television Awards’ (BAFTA) ‘In Memoriam’ segment. They described the music icon as “an Indian playback singer, who recorded an estimated 25,000 songs for more than 1,000 Hindi films over a career spanning 70 years”.

Lata Mangeshkar breathed her last on February 6 earlier this year, due to multiple organ failure. She was 92.