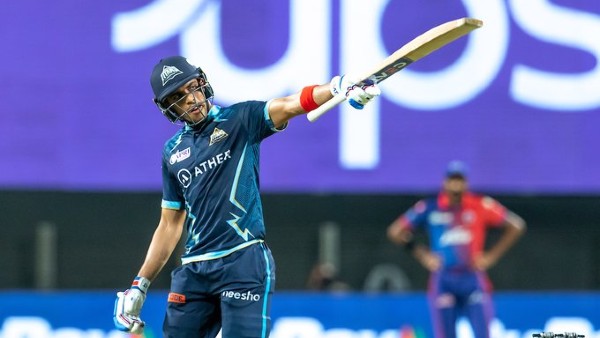 new Delhi. The 10th match of the 15th season of the Indian Premier League is being played at the Maharashtra Cricket Association Stadium in Pune, where the Delhi Capitals team is facing Gujarat Titans. Both the teams are coming after winning their first match, and want to keep the momentum going by winning this match. For Delhi, skipper Rishabh Pant won the toss and elected to bowl and got off to a good start on the strength of his bowlers.

However, for Gujarat Titans, Shubman Gill (84) and Hardik Pandya (31) put on a 65-run partnership for the third wicket and eventually made a challenging score on the strength of Rahul Teotia and David Miller. erected. The Gujarat team scored 171 runs in the stipulated 20 overs for the loss of 6 wickets and has given a target of 172 to win.

Read more: IPL 2022: Rishabh Pant forgot to decide after winning the toss, Hardik Pandya was happy despite the loss

Mustafizur Rahman, who was making his debut for Delhi Capitals in this match, bowled brilliantly and got Matthew Wade caught by Pant in the very first over, while in the last over of the innings, he also took 2 wickets for just 4 runs. Due to which the team of Gujarat, which was seen scoring a score of more than 180, could only score 171 runs. Mustafizur Rahman conceded just 23 runs in his 4 overs spell and took 3 wickets. Apart from Matthew Wade, Rahman took the wickets of Rahul Teotia and Abhinav Manohar.

Kuldeep took the wicket off the very first ball.

Kuldeep Yadav, who took 3 wickets for Delhi in the first match, started well again in this match and after the powerplay, Vijay Shankar was bowled on the first ball of the first over to take wickets in the second consecutive match. However, after this, Shubman Gill and Hardik Pandya stopped Kuldeep from getting heavy and due to this, Kuldeep ended his 4-over spell with 32 runs in one wicket. Apart from Kuldeep, Khaleel Ahmed also did the work of taking two wickets while Lalit Yadav left the catch of Tewatia off Shardul Thakur and he again failed to get the wicket.

Shubman Gill, who was opening the innings for Gujarat Titans in this match, scored 84 runs off 46 balls with the help of 6 fours and 4 sixes, which is the highest personal score of his IPL career. It looked like Gill would become the second batsman after Jos Buttler to score a century this season but Khaleel Ahmed stopped him from scoring a century by getting caught by Axar Patel.

Christchurch ready for the final of the Women’s World Cup, Australia is eyeing its seventh title

Rohit Sharma said on Mumbai’s defeat, the tournament is just beginning, we will definitely come back