GT vs RR: Know when and where you can watch IPL 2022 final live match, how the pitch is going to be
Advertisement 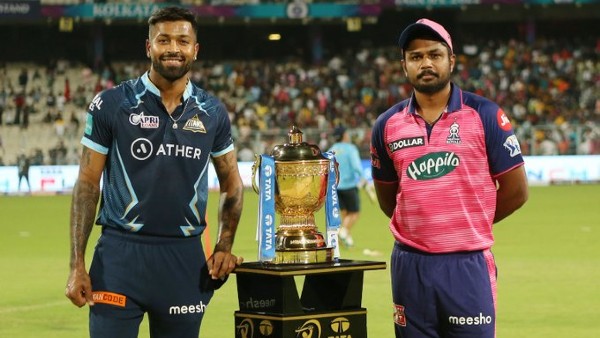 New Delhi. The 15th season of the world’s most famous T20 league IPL has reached its final stage, whose final match is to be played on May 29 at the Narendra Modi Stadium in Ahmedabad. Along with the winner of this match, the fans will get to know that this season he is going to get a new winner or after waiting for 14 years, the other team is going to win the title once again. The team of Gujarat Titans, who played for the first time in the 15th season, performed brilliantly and became the first team to make it to the final, while the team of Rajasthan Royals on Friday defeated RCB in a one-sided manner and cut the ticket for the final.

In this important match played between the two teams, 100 percent spectators will be seen reaching the stadium and enjoying the match. It will be a different feeling for both the teams to win the title in this stadium with a capacity of more than one lakh spectators. While Gujarat’s team has traveled this far for the first time and is preparing to play the final at their home ground, Rajasthan Royals, who won the first edition played in 2008, have reached here after 14 years. Has done.

Read more: ‘He has made more mistakes than every time’, Sehwag blames Kohli on RCB failure

It is noteworthy that in the 15th season of IPL, the starting time of the matches played so far was from 7:30 pm, although the title match will start at 8 pm. Both the teams had performed brilliantly in this year’s mega auction and focused on strengthening the bowling in their core team, which was also one of the main reasons for their stellar performances this season. In such a situation, in the last match it will be important to see which team will bowl better.

The final match of IPL 2022 will be played on Sunday, May 29 at 8 pm, however, the live telecast of the match will start from 6 pm, which can be seen on Star Sports Network in your own language on TV, then there the match’s live. The streaming can also be viewed on the Disney Plus Hotstar app and the commentary can be customized to your liking.

Read more: After 10 years, Sehwag breaks silence on his most controversial decision, why Morkel was dropped in IPL qualifiers

Talking about the pitch available here before this important match, so far only one match has been played here in which the fast bowlers have been seen to be helping. Not only this, the pace bowlers have been seen to get extra bounce and speed, while the spinners have not got much help. Spin bowlers have to take care of their length to take wickets here and if the ball is even slightly fuller then the batter can easily hit it for six. In such a situation, whichever team wins the toss here, they can look to bowl first and this can also become a big factor in the result of the match.

Sachin Tendulkar became a Jabra fan of Royals, the bridge of praise for these two players

‘He has made more mistakes than every time’, Sehwag blames Kohli on RCB failure