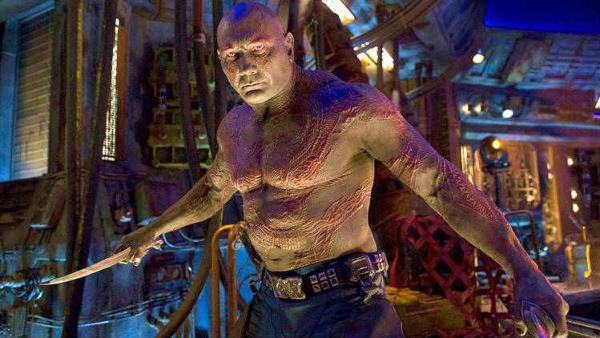 Guardians of the Galaxy Vol 3, However, the actor also revealed that it would be the last film in the franchise and his last performance as Drax the Destroyer.

Sharing a photo of himself with director James Gunn and his castmates, Dave bid an emotional goodbye to his character. In the caption he shared that he barely had time to process the end of filming before he was already onto his next project. He confessed that signing the Guardians of the Galaxy franchise “changed my life”.

The post added, “Haven’t found the words yet. It ended so suddenly and I was on to my next film before I could process it all. End of a journey that changed my life.” Take a look at the post,

Dave debuted as Drax in 2014 release

Guardians of the Galaxy
written and directed by Gunn. He continued to appear in other MCU films like

Guardians of the Galaxy Vol. 2, Avengers: Infinity War,
and

Guardians of the Galaxy Vol. 3,
he will also be seen in

Filmmaker Gunn also celebrated the film’s wrap up. In an Instagram post, he announced that he’d wrapped principal photography, and teased that the Marvel film will feature an appearance from an as-yet “unannounced actor”. He wrote, “And that’s a picture wrap on the Guardians of the Galaxy trilogy. I love this amazing cast & crew & their beautiful talent & kind souls. I’m a lucky human to have them on the journey with me for nearly a decade “

He also confirmed that Zoe Saldana, who plays Thanos’ adopted daughter Gamora was on set. While her character died in

Avengers: Infinity War,
another version of her character returned in

Avengers: Endgame, Gun added, “And yes Zoe was with us… but the only picture I have with her has an unannounced actor with us!”

According to reports, Vol. 3 will be the third and final film in Gunn’s series of the Guardians films, with Vin Diesel, Bradley Cooper, Sylvester Stallone and Will Poulter. Guardians of the Galaxy Vol 3. is slated to release on May 5, 2023.