Guddu Bhaiya told when the third season of Mirzapur is coming, the fans got excited after seeing the Insta post
Advertisement 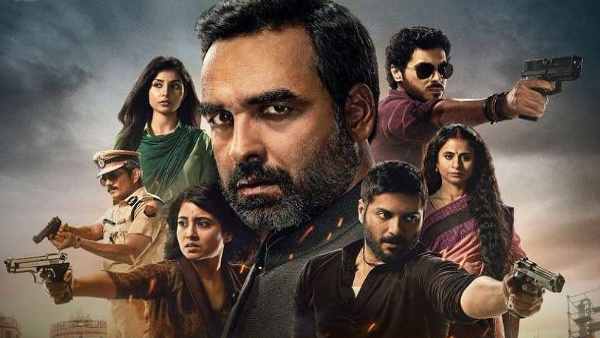 Actually, both the last seasons of Mirzapur web series got excellent response from the audience. After getting good response, now the makers are preparing to release ‘Mirzapur 3’. Meanwhile, actor Ali Fazal i.e. Guddu Bhaiya has released a photo on his Instagram handle. The photo released is black and white and Guddu Bhaiya is sitting in a dark dark room. In the photo released, a gun is also seen in Guddu Bhaiya’s hand.

Fans got excited after reading the caption

Guddu Bhaiya has also written a caption along with the photo, reading which the fans have become quite excited. Actually, Ali Fazal has written in his photo that, ‘The time for preparation, rehearsal, studies has started. No sticks and sticks, now shoes will fire from below and guns from above. Lagao Haath Kamao Kantap. Guddu is coming on his own. Seeing this post of Ali Fazal, it seems that Mirzapur web series is going to be released soon.

This show is not a jhoka hai..which is also shocking and…

Ali Fazal aka Guddu Bhaiya had earlier shared a video of the star cast of Mirzapur third season on April 30. While sharing the video, it was written in the caption, ‘Mirzapur is coming soon. Somebody rightly said this show is not a jhoka hai which both terrifies and deludes.

Earlier, actress Rasika Duggal, who played the role of Kaleen Bhaiya’s wife in the Mirzapur web series, also released an update on her social media. While sharing a video of the star cast of the third season, the actress said that Mirzapur 3 is going to come soon on Amazon Prime Video. Sharing the video of the starcast of ‘Mirzapur 3’, Rasika Duggal wrote- ‘Mirzapur Season 3 will come… Now only Amazon Prime Video can tell when it will come. Now every good thing has to wait… be ready!’

what happened at the end of the second season

Let us tell you that at the end of the second season of Mirzapur, Guddu Bhaiya pierces the chest of Bhaiya and his successor Munna Bhaiya with bullets. After which the Chief Minister of Uttar Pradesh becomes a widow and Guddu Bhaiya sits on the throne of King of Mirzapur. It is believed that there will be a new story in the third season, but the enmity will be old.

‘People will start posting nude in the name of fashion’, did Rahul Vaidya take a dig at Urfi Javed?