Gutkha lover did not even spare the flight! The window of the plane turned red from the peak, trolled till Ajay Devgan
Advertisement 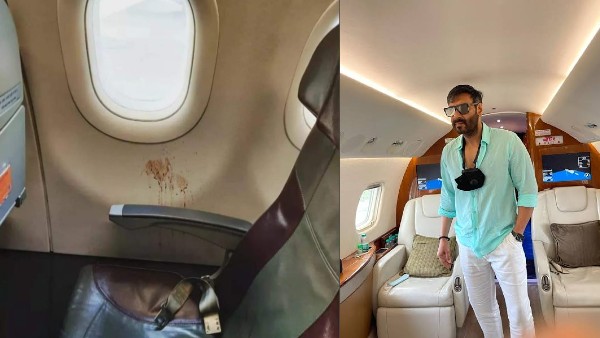 Gutkha lover did not even spare the flight!

Gutkha, pan masala eater treats every place as his fiefdom, as soon as his peak was made, he just made the place red without thinking. From public transport to any crowded place, Gutkhabaz does not think before spitting. Now a picture of such an IAS officer has been shared on Twitter, which has become fiercely viral on social media. In the picture, someone has spit the peak of paan-masala on the window seat of the flight, about which one can shake one’s head.

Sharing this photo on Twitter, Chhattisgarh cadre IAS officer Avnish Sharan wrote in the caption “Someone has left his identity.” It can be clearly seen in the photo that a passenger who had eaten pan masala spat without thinking anything near the window of the flight, due to which the entire wall of the flight is kept red. At the same time, users are also reacting to this photo in their own style.

So far more than 14 thousand likes have come on this photo, while more than 1300 this picture has been retweeted. Apart from this, more than 250 people have re-posted it with their caption. On the other hand, in the reaction, where the users started trolling the actors who added pan masala on one side, they took the name of a city and targeted the people there.

Users had a lot of fun

On this photo, the Twitter army started trolling Bollywood actors fiercely. While sharing the photo of Ajay, Akshay and Shahrukh, a user wrote whether these people are not there. At the same time, people are posting more than one meme on this. A user mentioned the boy who went viral while eating gutkha during the match at Kanpur Stadium. Somebody wrote Bolo Juba Kesari. Even a user had fun while sharing the photo inside Ajay Devgan’s flight.

Like the ICC event, now Kohli’s flop show continues in the big matches of IPL, today only 7 runs were played.