Gyanvapi Masjid: Why is the 1991 law which is being argued by the Muslim side under question?
Advertisement 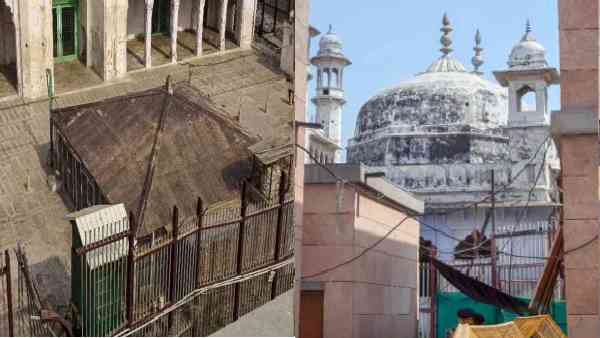 Muslim side is citing 1991 law

The 1991 Place of Worship Act is getting a lot of mention in the ongoing controversy over the Gyanvapi Masjid. Especially the Muslim side is arguing that when this law prohibits any tampering or alteration in any place of worship after August 15, 1947, then how can the survey be ordered inside the Gyanvapi complex. Or how can that Vazukhana inside the mosque premises be sealed. AIMIM chief Asududdin Owaisi is also not tired of clamoring for the same law. The promise of bringing this law was made by the Rajiv Gandhi-led Congress in its manifesto before the Lok Sabha elections in 1991 and then implemented by the Narasimha Rao government.

Congress is also calling for the 1991 Act

As soon as the hearing began in the Supreme Court in the matter of the claim of finding a Shivling in the Gyanvapi Masjid complex, an official statement was made by the Congress that it expects the Supreme Court to settle the dispute on the basis of the Place of Worship Act of 1991, according to which Under it, he had given the verdict on the Babri Masjid dispute of Ayodhya. Because, only under Section 5 of this law, the Ayodhya dispute was set aside, due to which the Supreme Court could pronounce its verdict. Congress spokesperson Ajay Maken said the Ayodhya dispute verdict was based on the 1991 Place of Worship Act and was welcomed by all. Therefore, he hopes that the same approach should be adopted in the Gyanvapi case as well. On the other hand, Leader of Opposition in Rajya Sabha Mallikarjun Kharge said, ‘The matter of Gyanvapi is in the court. But, the condition of all mosques, temples and other religious places has to be maintained as it was in 1947. Some, however, want to divide people.

But, the law that is being talked about, made by the Congress government in 1991, has already been in the midst of controversies. At least two petitions are already pending in the Supreme Court against this law. One petition petition has been filed by Vishwa Bhadra Pujari Purohit Mahasangh of Lucknow and the other BJP leader and lawyer Ashwini Upadhyay. According to Upadhyay’s petition, the law prohibits statutory measures against illegal encroachments on places of worship and pilgrimages. That is, Hindus, Jains, Buddhists, Sikhs cannot file a case or go to the High Court under Article 226 of the Constitution. “As a result, they will not be able to restore their places of worship and pilgrimages, including the temple, in the spirit of Articles 25-26 and the illegal barbaric acts committed by the invaders will continue for eternity,” it said.

Center has to respond to Supreme Court notice

Meanwhile, Ashwini Upadhyay has told Economic Times, ‘Once the life of God is established in Hinduism, that place becomes a temple. Let the survey be done and let the truth come out. The character of the place does not change.’ The Supreme Court had issued notice on Upadhyay’s petition in March 2021 itself, but the Center is yet to file a reply. On the other hand, VHP working president Alok Kumar says that in 1991 this law was passed without discussion or consideration from different communities. “The constitutionality of this law has already been challenged,” he said. I do not consider the provisions of this law to be final. The Supreme Court is looking into the matter and then we will have an idea. ,

RSS ideologue Seshadri Chari alleges that the law was “brought to crush the Ram Janmabhoomi movement”. According to him, ‘RSS strongly opposed this, because we clearly believed that the three temples Ayodhya, Kashi and Mathura are the biggest symbols of our religion and there should be some arrangement for them. But, this law was brought without any consideration from any group involved in the temple movement. And why should the date August 15, 1947 be fixed, when our civilization is clearly several centuries old. It was a hastily introduced law, with challenging results.

The expectation of the Hindu side has increased from the present case.

The Shivling, which is being talked about to be found in the Gyanvapi mosque complex on Monday, is being seen by the Hindu side as a big reason for getting exemption from this law. He says that this is a big ground for lawyers against this law, on the basis of which they can claim freedom from this law. The order of the Varanasi Court to seal the well containing the Shivling first and then the Supreme Court’s decision to uphold that order, both have further strengthened their legal arguments. On this basis, a petition has also been filed on Tuesday that the cell in front of Nandi ji in Kashi Vishwanath temple should be removed and the structure of Vazukhana should be opened for worship. Whereas, this survey is going on regarding the matter of Mata Shringar Gauri.

Can the government amend this law?

In fact, in the Places of Worship Act, 1991, it has been provided that there will be no change in the status of all religious or worship-related places in India before 15th August, 1947, the status of those under whose control, their own. Right, no change can be made in its religious nature and structure. Not only this, buildings of archeological importance such as Taj Mahal, Qutub Minar or Char Minar also come under the ambit of this law made by the then Congress government. But, it is also important to note that this is only a law passed by the Parliament, whose constitutionality is already being considered by the Supreme Court and the central government is free to amend it through Parliament whenever it wants.