Hanuman Jayanti 2022: Coincidence of Hanuman's birth anniversary on Saturday, will get the blessings of Shani, the pain will go away
Advertisement

Nautapa 2022: Sun's entry into Rohini from May 25, Nautapa will start

Venus will transit in Aries from 23rd May, 27 days best for love relationships 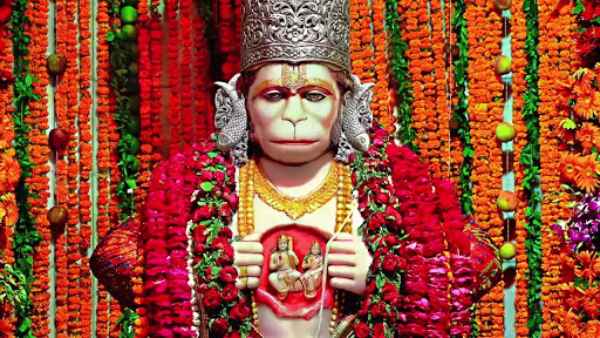 New Delhi, April 13.
Hanumanji is the only idol whose devotees Shani never gives pain to his devotees. Therefore, this time the day of Hanuman’s birth anniversary is very special to get the blessings of Shani. Special measures should be taken to please Shani on the day of Hanuman birth anniversary coming on Saturday, 16th April 2022. Especially those people must make efforts on whom Shani’s half-century or Shani’s dhaiya is going on.

On which half-and-half-day, Saturn will change the zodiac from 29

Presently Saturn’s transit is going on Capricorn. Therefore, the last half-dhaiya of half-century is going on in Sagittarius, second half-day on Capricorn and the first half-day on Aquarius is going on. Similarly, Laghu Kalyani Dhaiya is running on Gemini and Libra. Saturn will enter Aquarius from 29th April 2022. Then Sade Sati will end from Sagittarius and last Dhaiya on Capricorn, second Dhaiya on Aquarius and Sade Sati will start on Pisces. From April 29, Laghu Kalyani Dhaiya will start on Cancer and Scorpio.

What measures to take?

Sagittarius, Capricorn, Aquarius and Gemini, the people of Libra zodiac, offer vermilion to Hanumanji in jasmine oil to pacify the pain of Shani’s half-century. Apply naivedya of desi ghee pudding.

On the day of Hanuman birth anniversary, recite Sundarkand in your home or in Hanuman temple.

On the occasion of Hanuman birth anniversary and Saturday, feed black gram soaked in water to a black horse the night before. Before feeding, also add mustard oil to the gram.