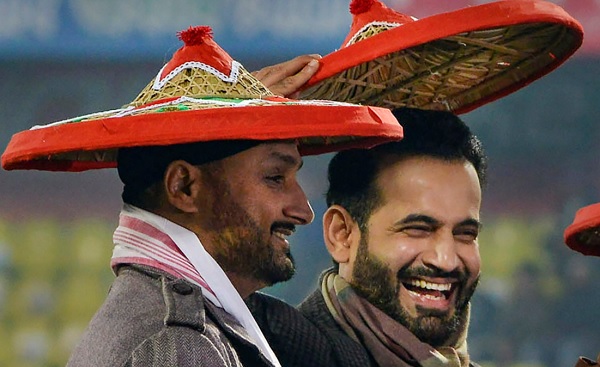 New Delhi, 9 May: India’s all-rounder Irfan Pathan feels Tilak Verma will be able to serve the Mumbai Indians team for the coming 10 years. This player is 19 years old and has scored 328 in 10 innings of this season with 2 half-centuries.

Talking on Star Sports, Irfan Pathan has said, “When a youngster does well he gains confidence and looks to consolidate his position in the team. We are seeing the same with Tilak Verma.

“He is a talented left-handed batsman. Everyone is looking for a left-hander to play spin well because he has a natural ability to play against left-arm spinners and leg-spinners.

“If this guy continues to play like this, he will become a Mumbai Indians superhero. He will play for the franchise for 10 years to come.”

IPL 2022: CSK vs DC: After the win, captain MS Dhoni said – good thing if you reach the playoffs. oneindia hindi

Former India spinner Harbhajan Singh lauded Mumbai Indians for reposing faith in youngsters like Verma and Dewald Brevis. Bhajji said that both these players will play in the Mumbai Indians team for ten years.

Brevis has so far scored 124 runs in 6 innings but the way he has scored these runs gives great hope for the future.

Harbhajan said that Brevis and Tilak Verma have shown the hallmark of their talent and they will be seen in Mumbai Indians jersey in the coming 10 years. We’ve seen some incredible talent this year.

Verma and Brevis will be seen playing against KKR on 9 May. Mumbai Indians had a very poor campaign this time and they have also lost a place in the playoffs. The team released several senior players and placed bets on some youngsters. The problem of the team was bowling where not a single young bowler is seen emerging.