Harbhajan Singh took a noble decision as soon as he became an MP, will spend salary for the daughters of farmers
Advertisement 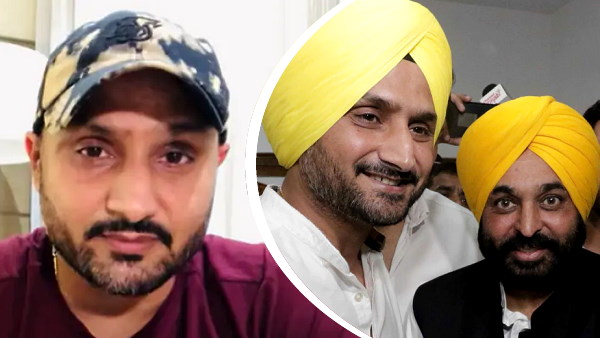 Jalandhar, Cricketer Harbhajan Singh made a big announcement as soon as he became the Rajya Sabha MP of Aam Aadmi Party (AAP). Harbhajan said that he would spend his salary for the education of farmers’ daughters and for social work. He gave this information by tweeting. In the tweet, he wrote, “I also want to contribute in making my country better. I will do everything that I can.”

According to Harbhajan, “I want to give my Rajya Sabha salary for the education and social work of the daughters of farmers.
Let us tell you that Harbhajan Singh had retired from all forms of cricket on 24th December last year. Since then it was expected that he would join politics. He joined the Aam Aadmi Party. He is said to be close to Bhagwant Mann, the Chief Minister of Punjab. That’s why you sent him to Rajya Sabha from your quota.

Harbhajan Singh is 41 years old, and as a Rajya Sabha member, tweeted on Saturday (April 16) and announced that he would use his salary for the benefit of farmers. Political experts are saying that they have started a new initiative for the farmers. He hails from Jalandhar in Punjab and was born in Jalandhar itself.

Harbhajan had a wonderful career in cricket. He took 417 wickets in 103 Tests and 269 wickets in 236 One Day Internationals. He also has 25 wickets in 28 T20 International matches. In IPL also he played 163 matches, taking 150 wickets. In IPL, he has played for Chennai Super Kings, Kolkata Knight Riders and Mumbai Indians.

How VIP overshadowed BJP in Bihar, spoiled the entire math of saffron camp on Bochan seat