Hardik Patel furious at Congress over Ram temple, said- what is your enmity with Lord Ram?
Advertisement 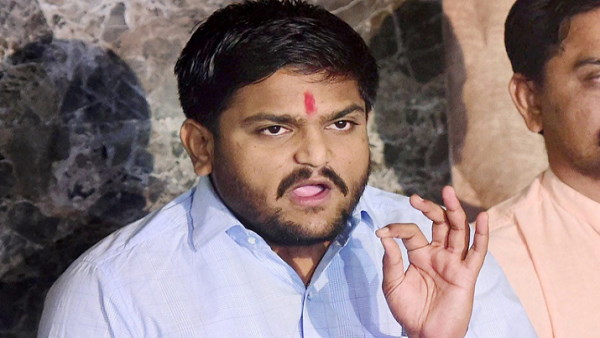 Ahmedabad, Hardik Patel, who was the working president of Congress in Gujarat, is now making rhetoric against the Congress itself. Hardik made sharp comments on Congress by tweeting. Hardik said, “Gujarat Congress leader, who has been a former Union Minister, has given a statement that dogs pee on the bricks of Ram temple…’, so I want to ask Congress and its leaders that you should worship Lord Shri. What is the enmity with Ram? Why is there so much hatred for Hindus?”

Hardik Patel further said, “We should be proud that after centuries a temple of Lord Shri Ram is also being built in Ayodhya, yet Congress leaders keep making rhetorical statements against Lord Shri Ram. And then ask “Lord What is the problem of Congress with Ram and Hindus…”

Hardik said, “I had said earlier also that the Congress party works to hurt the sentiments of the people. Always tries to damage the faith of Hindus. But I want Ram temple to be built soon.”

Social media users came under attack
Hardik Patel has now come under the target of social media users by making the above comments. Prayag, who did political commentary, shared Hardik’s picture with BJP President JP Nadda and tweeted, “Nothing left to say.”, Similarly another user Rajesh Sahu wrote, “Hardik Bhai, so fast so much Doesn’t change. I agree you want to be Kapil Mishra, but hold on for a while. Otherwise people make a lot of memes. Like Alpesh Thakor!”

Nothing just a time travel. pic.twitter.com/IOc5BtSYVH

Difficult to win from Amethi and Rae Bareli! Can Congress send Priyanka Gandhi to Rajya Sabha?