Haryana: Anil Vij lashed out at AAP's rally, said- you a party made of deceit, it will never do any good to anyone
Advertisement 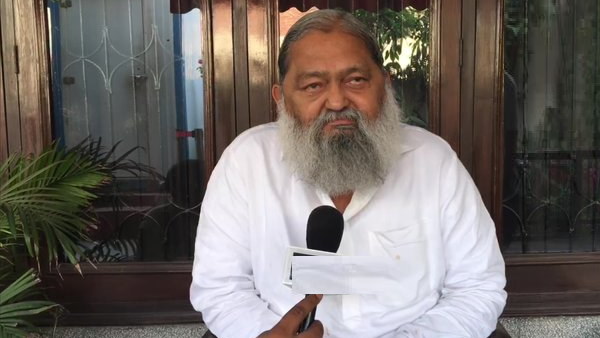 Kurukshetra, 29 May:
Enthused by the formation of government in Delhi for two consecutive terms and the recent victory of Punjab, the eyes of the Aam Aadmi Party are now on Haryana. AAP, which has been active for the coming assembly elections, is now being active in Gujarat, Himachal and Haryana. In such a situation, Delhi Chief Minister and AAP convener Arvind Kejriwal is continuously addressing rallies and public meetings, in the same sequence, on Sunday in Kurukshetra, Haryana, AAP also addressed the Badlega Haryana rally, in which Kejriwal fiercely attacked the BJP government of Haryana. Targeted, on which now the state Home Minister Anil Vij has retaliated.

Haryana BJP veteran and state Home Minister Anil Vij took a jibe at Arvind Kejriwal and targeted him fiercely. Anil Vij said in his statement that Aam Aadmi Party was born by deceiving Anna Hazare. Also alleged that AAP party is the party which came to power by fraud. With this, he further claimed that in the coming time, BJP will fight elections on its own in Haryana and will come back to power after winning.

Anil Vij also targeted the leaders joining the Aam Aadmi Party continuously. The Home Minister said
As these people are including these people in their party, the public has already come to know about their truth clearly. Anil Vij said that a party formed by deception can never solve the problems of the people.