Haryana CM targets Kejriwal on Singla's arrest, says many of his MLAs are in jail
Advertisement 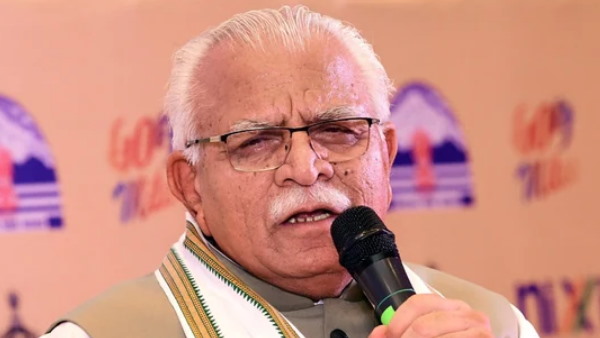 Haryana, May 25: After the arrest of Punjab Minister Vijay Singla, Haryana Chief Minister and BJP have taken a dig at the Aam Aadmi Party. Khattar said several AAP MLAs are in jail, while BJP spokesperson Gaurav Bhatia accused AAP chief Arvind Kejriwal of shedding “crocodile tears”. Let us tell you, Vijay Singla, who was a cabinet minister in the Bhagwant Mann government of Punjab, was sacked by the first Chief Minister from his cabinet. Shortly after this, the Anti Corruption Bureau also swung into action. ACB arrested Vijay Singla after registering a case on the instructions of Chief Minister Bhagwant Mann.

Singla sent on police remand till May 27

There were complaints about Vijay Singla demanding one percent commission on contracts from officials and indulging in corruption. Vijay Singla has been sent to police remand till May 27. Haryana CM Manohar Lal Khattar accused AAP national convener Arvind Kejriwal of looting praise by removing a corrupt minister and said that the kind of party it is, nothing can be said. Many of his MLAs are in jail, many are being removed on charges of corruption. Along with this, Khattar also took a jibe at the free schemes of the Aam Aadmi Party.

Kejriwal had said – tears have come in his eyes, BJP said – crocodiles are there..

Punjab: Even after the removal of Health Minister Vijay Singla, AAP on the target of the opposition, Mann government’s concern increased