Haryana proved to be the 'Rana' of the war of sports, won the most medals for India in the Commonwealth
Advertisement 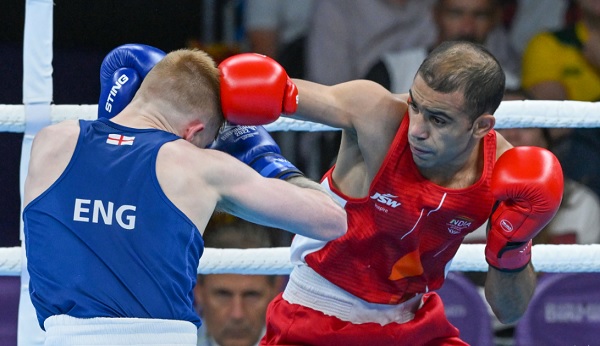 The players of Haryana keep their dominance in bringing glory to the country.

If we leave cricket, then in events like athletics, boxing, wrestling, javelin throw, the players of Haryana dominate the name of the country. This time there were 43 players from Haryana in the Indian contingent that went to the Commonwealth Games and 17 players won medals. We have already seen the performance of the players of Haryana in the Olympic Games. Neeraj Chopra, India‘s only Olympic gold medalist in athletics, also hails from Haryana.

In wrestling, most of the players are from Haryana and this time in the Commonwealth Games, Indian wrestlers have showered a lot of medals. The Chief Minister of this state is Manohar Lal Khattar who has congratulated all the players for their strong performance and has also sent his best wishes for future events.

Among the players of Haryana, Amit Panghal and Neetu Ghanghas took gold medals in boxing, while in wrestling, there was a flood of gold medals because of Sakshi Malik, Bajrang Punia, Deepak Punia, Ravi Kumar Dahiya, Vinesh Phogat and Naveen Kumar. Won gold medal.

Have been flying flags in the Olympics too

Pooja Gehlot started crying after getting the bronze medal, which Prime Minister Narendra Modi himself had to message to calm down.

Most of the players of women’s hockey team are also from Haryana.

Haryana’s wrestlers are ringing in the whole world

In such a situation, it is not a matter of debate that the players of Haryana are really ahead in sports. There is no other sport with greater physical strength than wrestling, but at the same time it is also a game of gimmicks and the complete test of intelligence is also done here.

Haryana players will get big amount

The games are carried forward here. In Haryana, however, there has been an agrarian environment where the players get a little more chance to grow up in the natural environment. Players pay more attention to their physical strength.

Jadeja’s big statement on Dinesh Karthik, he can do commentary; I will not pick him in Indian team

Asia Cup: Forget the big fan in the affair of the new boys, the question raised on not taking the veteran player