'He can be the captain of CSK for a long time', Sehwag said - Dhoni has all the qualities in him
Advertisement 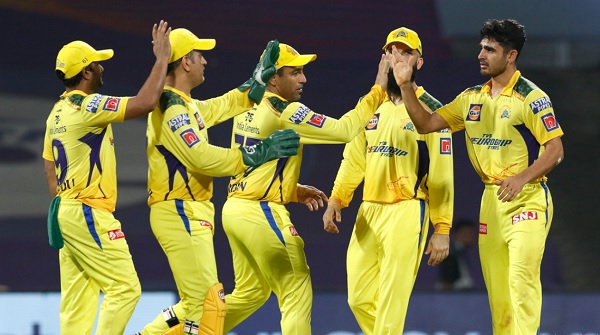 He could be the guy who can take CSK forward

In the matches ahead, it will be interesting to see which team CSK field in the final league stage games and whether Dhoni will return as CSK’s captain next season. By the way, it is also not known whether Dhoni will play as a player or not.

Former India batsman Virender Sehwag has said that Ruturaj Gaikwad has shown glimpses of being a good leader and could be someone who can take CSK forward.

Sehwag said on Cricbuzz, “He captains Maharashtra. He is very calm. Even if he scores 100, his behavior will not make it look like he has scored so many runs. Then he Doesn’t disappoint too much even if he does zero. His methods are the same. You can’t find out if he’s very happy scoring 100 or he’s very sad after scoring 0. He’s so calm, he’s got to be a good captain. All glimpses of.

Has all the qualities that MS Dhoni has

Sehwag further said, “He has captained in first-class cricket. He has the idea to control the game. Anyone can have a good season, if he plays 3-4 seasons he can be someone who can.” Can be captain for long time after Dhoni. I can only give my opinion but final decision is with CSK. Why everyone judge MS Dhoni too much? He is very good, he takes his own decisions and with them Luck factor happens.But luck favors those who take brave decisions. So, I think Ruturaj Gaikwad has all the qualities, I don’t know if he will bring the luck factor or not, but he has all the other qualities that MS Dhoni are near.”

In the current season, Gaikwad has scored 313 runs in 12 matches at an average of 26.08, with his highest score being 99 against Sunrisers Hyderabad. Former India batsman Ajay Jadeja also concurred with Sehwag saying that there is a dearth of captaincy options so Ruturaj is the most likely option. Robin Uthappa, Ambati Rayudu’s time is gone among the rest of CSK players. Conway has just arrived and Bravo is also short-lived.