'He has made more mistakes than every time', Sehwag blames Kohli on RCB failure
Advertisement 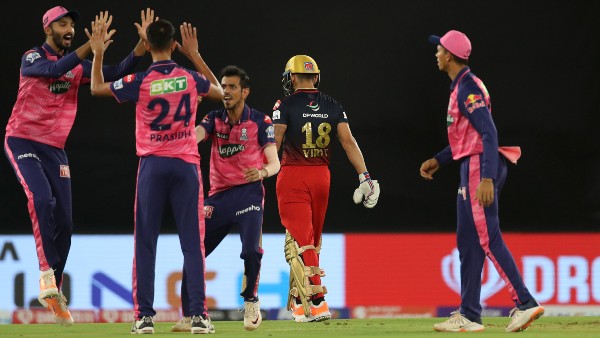 The continuation of the flop in the knockout match continues

However, what happened was heart-breaking for the fans. Virat Kohli once again failed to deliver in the knockout matches for RCB and returned to the pavilion after scoring just 7 runs. Famous Krishna sent him back in the very second over, where he could only play 8 balls. RCB’s top-order flop in the knockout matches continued in this match as well, although RCB’s team managed to score 157 runs on the basis of Rajat Patidar’s half-century. In response, the team of Rajasthan Royals ended the match in the 19th over on the basis of Jos Buttler’s unbeaten century.

Kohli got out chasing the ball

It is noteworthy that when Virat Kohli stepped on the field, he was looking in good rhythm and in the very first over he had hit a six over the square leg. But in the very next over, chasing the ball going wide, he sat on the edge of the bat and gave a simple catch in the hands of Sanju Samson. Virat Kohli scored just 341 runs in 16 matches played this year at an average of just 22.73 and strike rate of 115.99. Seeing Kohli’s frequent mistakes in knockout matches, former India opener Virender Sehwag analyzed his entire season and said that while he did not see any luck with Kohli, on many occasions his mistakes have affected Kohli’s batting. It was heavy

You make such mistakes when you stay away from the form

Sehwag said that while playing for RCB, Virat Kohli has been seen losing his wicket in every way that could result in a batter-out. Sehwag feels that Virat Kohli should have done better for the team in this crucial match.

Talking to Cricbuzz, he said, “When you are out of form, you want to play every ball with the middle of the bat, so that your confidence increases. He dropped a few deliveries in the first over but this is what happens when you are out of form. You chase the ball and sometimes luck favors you and that ball doesn’t take the edge of your bat, but this time it didn’t. This was not the Virat Kohli that we all know, maybe another Virat Kohli had come this season to play.

This season’s mistake more than my career

Talking further, Sehwag said that Virat Kohli has probably not committed as many mistakes this season as he has made in his entire career. When you are not scoring runs you try to do different things and lose your wicket in different ways. This time Virat Kohli got out in every way that a batsman could lose his wicket. He could have dropped the ball or hit it very fast. He disappointed himself and the RCB fans as it was a huge match.

Kohli was disappointed with the lack of runs

Parthiv Patel also expressed his disappointment over Virat Kohli’s performance saying that he was not playing with confidence as he was not scoring many runs this entire season. When you don’t score too many runs, you are too restless. The problem here is that Kohli doesn’t play the cut shot.

GT vs RR: Know when and where you can watch IPL 2022 final live match, how the pitch is going to be

Kohli is going on ‘backfoot’ in form due to his front foot, Manjrekar gave advice to improve habit