'He used to sleep without having a full meal, but did not tell his mother', remembering the days of struggle, the RR bowler got emotional
Advertisement

For the first time in the history of IPL, 9 wickets fell in the powerplay, Chennai Super Kings out of the race for playoff

CSK scattered like a pack of cards in IPL 2022, Mumbai did it for the fourth time

Many questions are being raised, but Dhoni said - it is difficult to replace Jadeja 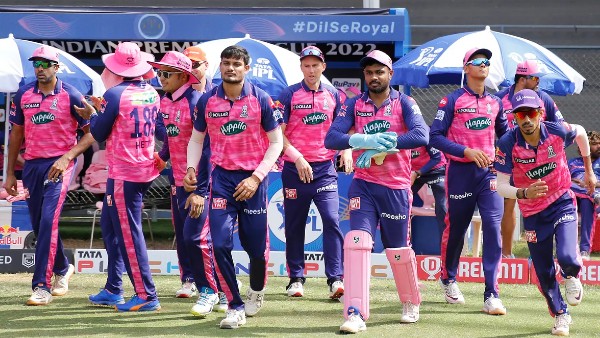 Anunay Singh narrated the story of the struggle

Apart from these two players, there are many star bowlers in the team of Rajasthan Royals, which include Trent Boult, Famous Krishna, Ravichandran Ashwin and Chahal himself. The presence of international cricketers in any team is a great learning opportunity for its uncapped young players and 29-year-old all-rounder Anunay Singh is also getting this opportunity. The team of Rajasthan Royals has included this player coming from Bihar in their camp by buying this player from Bihar at a base price of Rs 20 lakhs during the mega auction. While this player has not yet got a chance to debut this season, at the same time this player has impressed a lot with his performance at the domestic level.

The financial condition of the family is not good

In a video shared by Rajasthan Royals, Anunay Singh recalls the journey of his cricketing career and how he had to face difficulties to reach here.

He said, ‘I come from a middle-class family, where only my father earns the house and the whole family survives on it. Many times I thought of doing a part time job to help my family financially that I can earn 7-8 thousand by doing a small job at McDonald’s or somewhere else and can help a little, but then I thought that if I will work So my practice will be affected.

Many nights slept with half stomach

Anunay Singh, who plays for Bihar at the domestic level, bats with his right hand while bowling at medium pace. Anunay Singh has so far featured in 8 List A, 1 First Class and 1 T20I matches and has scored 47 runs with 12 wickets. Talking about his struggle, Anunay Singh has described cricket as an expensive game.

He said, ‘Cricket has always been an expensive game and it still is. I didn’t talk about this at home. My seniors often gave me their shoes and accessories to help. Many times there have been nights when I have not eaten enough food and have slept after eating only milk and bread. If any son goes to sleep without having a full meal, then no mother in the world will sleep, that’s why I did not tell the mother.’

Had to face rejection many times

Anunay Singh told that in search of opportunities, he took part in trials at many places but he used to get rejections from everywhere, but despite that he did not give up and kept on improving his game.

“My life has had many ups and downs so far. Many times you knew in advance that you would not be included in the team and you were going to be rejected. I tried many times for MRF and Redbull but many times I faced rejection. During this he also got injured and often had to go through back pain but I endured all this and constantly improved my game.

Jadeja stepping down from captaincy, Rayudu’s retirement to reverse, there is something wrong with CSK