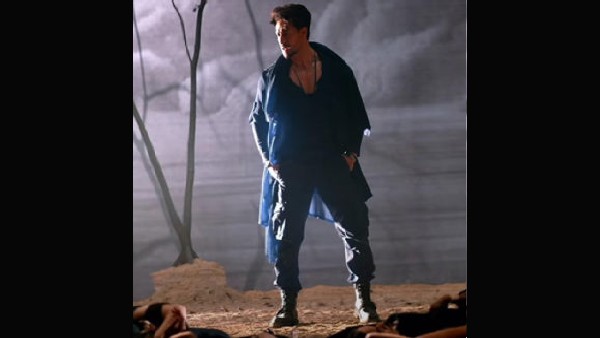 This song is being liked a lot. In this song, Tiger is seen doing emotional-romance with Tara Sutaria. The song is composed by AR Rehman and sung by Pooja Tiwari and Javed Ali.

The trailer of the film ‘Heropanti’ 2 was released recently, which was full of action and romance. The trailer started with Nawazuddin Siddiqui’s strong acting, which showed that Laila (Nawazuddin Siddiqui) is behind the cyber crime happening in the world, to stop which it is necessary to find Bablu.

Tiger will once again be seen showing his strong action as Bablu. Tara Sutaria’s name is Inaaya in the film. She will also be seen playing an important role in the film. Let us tell you that ‘Heropanti 2’ has been directed by Ahmed Khan. Earlier, Ahmed Khan has also directed ‘Baaghi 2’ and ‘Baaghi 3’. The film will release on 29 April 2022.

Sajid Nadiadwala is producing the film. This is the fifth film of Tiger Shroff and Sajid Nadiadwala together. Ajay Devgan’s film ‘Runway 34’ will also be released on 29 April. Rakul Preet Singh and Amitabh Bachchan are going to be seen in important roles in this film. In such a situation, there will be a competition between both the films.

Fantastic Beasts: The Secrets of Dumbledore Early Reaction: Fans Call It The Best Of The Prequel Franchise