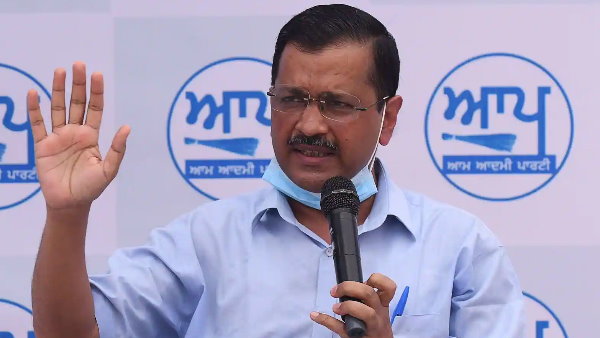 New Delhi. Door-to-door invitation is being given to attend the public meeting of Aam Aadmi Party’s national convener Arvind Kejriwal at Chambi Maidan, Shahpur in Kangra district of Himachal Pradesh. Party spokesperson Gaurav Sharma said that the BJP is so nervous about Kejriwal’s public meeting that again its national president Jagat Prakash Nadda has been called from Delhi. After the successful rally of Aam Aadmi Party in Mandi, now a huge rally of Aam Aadmi Party is going to be held at Chambi Ground in Kangra on 23rd April.

Where enthusiasm is visible among AAP workers regarding the rally. People of Kangra, Una, Hamirpur are also very excited. The way the Kejriwal model is being discussed a lot across the country, in the same way the Himachal model will be made here.

Taking a jibe at the BJP, Gaurav Sharma said that the BJP has been stunned by AAP’s entry in Himachal and the fear is so much that he has to stay in Himachal for his National President and Union Minister Anurag Thakur. Not only this, the fear of Kejriwal is troubling the BJP so much that before the AAP rally, he has to call his national president in Kangra for two days.

The BJP may put obstacles in AAP’s way to win, but it is not going to succeed in its intentions. People know that Aam Aadmi Party is providing relief to the people by providing basic facilities like school, health, electricity, water like Delhi.

Nadda Vs Kejriwal in Kangra, both will show strength in preparation for Himachal elections