How 5 'false coins' of Congress in Northeast proved 'manik' for BJP, made all of them the Chief Minister
Advertisement 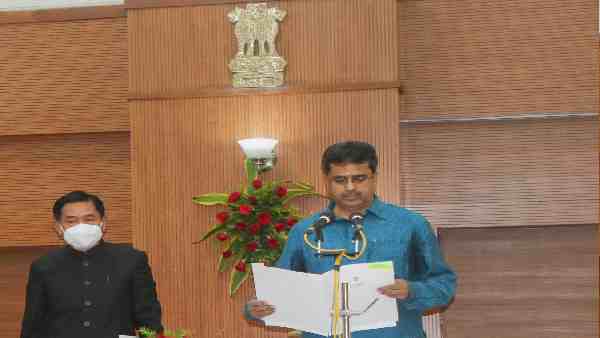 Trust in Manik Saha in Tripura

Manik Saha was once a big face of Congress in Tripura. He joined BJP in 2016. After only 4 years, when BJP established its strong hold in the power there, in 2020, he was made the state president and handed over the responsibility of organization in the state. He also became the President of Tripura Cricket Association. The party, built on a strong organization and the ideology of the Rashtriya Swayamsevak Sangh, embraced the Congress leader in such a short time that he was recently nominated to the first Rajya Sabha and when Biplab Deb was removed to prevent anti-incumbency. He was placed on the chair of the Chief Minister. This is not a new experiment for the Bharatiya Janata Party, especially for the Northeast, but part of its largely successful strategy. Saha is a dentist by profession and his image is also considered clean. Because, they have come with a bag from the Congress, so they have not even formed any camp in the BJP, it is believed.

Assam Chief Minister Himanta Biswa Sarma is the most successful example of how a leader imported from Congress can help BJP take the heights to the skies. These are proving to be a new case study for this new chapter of politics. In the 2021 assembly elections, the BJP returned to power under the then Chief Minister Sarbananda Sonowal with a big victory. But, Himanta Biswa Sarma had a huge contribution in this success behind the scenes. Sonowal is a dedicated leader of the party, so he was called to the center and Himanta, who was fit into the party’s aggressive politics, was given the CM’s chair. Himanta Biswa Sarma left the party in 2015 itself, according to him, fed up with the attitude of the Congress leadership and joined the BJP. Sarma strengthened the BJP’s base in the Northeast including Assam, not only in the 2016 Assembly elections, but also in the 2019 Lok Sabha elections, and the party did not delay in removing the CM who won the election for him. The party also made him convener of the North-East Democratic Alliance.

N Biren Singh also left the Congress and joined the Bharatiya Janata Party in 2016. In 2017, after 15 years, a non-Congress government was formed there and BJP made him the Chief Minister. He had done Congress politics for almost a decade and had also been a cabinet minister. The BJP fought the 2022 assembly elections under the leadership of Biren Singh and retained power by winning 32 out of 60 seats in the state alone.

Chair handed over to Pema Khandu in Arunachal Pradesh

Arunachal Pradesh Chief Minister Pema Khandu is the fourth such leader of the BJP in the Northeast, who has left the Congress and the party has trusted him and handed him the command of the state government. In 2016, the Congress government was formed under the leadership of Pema Khandu. Then at the age of 37, he was the first leader of the country to become the CM. He had been a very influential leader of the Congress for more than a decade. It is a matter of December 31, 2016, the CM remained the same, but under his leadership, the Bharatiya Janata Party government was replaced by the Congress. This unprecedented change of power happened because Khandu and 33 of his supporters MLAs left the Congress and took the lotus. Then, in the 2019 assembly elections, the BJP won more than two-thirds of the 60 seats, ie 41 seats.

Neiphiu Rio was given the crown in Nagaland

Neiphiu Rio used to be a senior Congress leader in Nagaland. He is the first CM of the state, who has won three consecutive elections. But, due to differences with the then Chief Minister SC Jamir, he left the Congress in 202. In 2003, his party, the Naga People’s Front, aligned with the BJP and formed the Democratic Alliance of Nagaland. Its government was formed in 2003. After 10 years in this election, Congress was ousted from power here. In the 2008 elections also, the alliance won and he became the CM. In 2018 his party broke up and Rio joined the National Democratic Progressive Party. This party again had an alliance with the BJP in the 2018 elections. After the election, he again became the Chief Minister with the help of BJP.

‘Seeked for 24 hours, when 60 days have passed since the action on the sacrilege of Guru Granth Sahib?’ Tajinder Singh on Kejriwal