How Bharti Singh is working even in 8th month of pregnancy, Nikki Tamboli told the truth
Advertisement 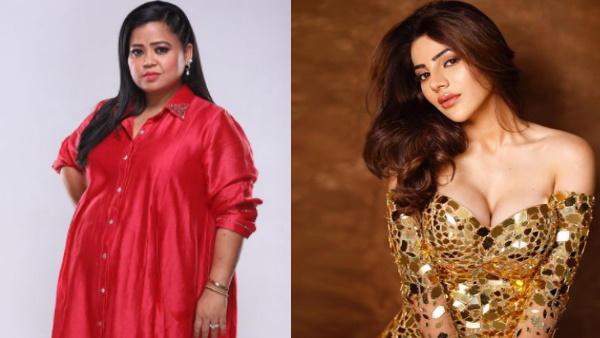 Doing this show in the 8th month of pregnancy

The actresses Bharti Singh and Harsh are a part of Limbachiyaa’s The Khatra Khatra show. It is a comedy game show where celebrities come and play some interesting and fun games. The comedian is in her eighth month of pregnancy and is still working. She is also hosting Hunarbaaz apart from The Khatra Khatra Show in this stage of pregnancy.

Bigg Boss 14 fame Nikki Tamboli, who worked with Bharti on her show, has now talked about how she works these days too. Nikki has praised Bharti Singh, who is hosting the shows Hunarbaaz and The Khatra Khatra.

Nikki told in what condition Bharti is shooting

In an interview to Times Now, Nikki praised Bharti’s work. Nikki said, “Bharti has been an inspiration for me for a long time.
Nikki said not only for me but I think for everyone. I mean being eight months pregnant and standing on my feet in this condition every day from morning till late at night. It really is fantastic. I think we all should salute him.

salute to this spirit

Nikki said that even after being so tired, she wakes up at 4 in the morning, at 5 and starts getting ready for work. Anyone who will have so much patience, salute to their spirit.

The show is written by Harsh and also directed by

It is worth noting that Bharti and Harsh got married in December 2017 and are going to become parents next month. Recently, Bharti Singh has shared many pictures of her maternity photoshoot. Talking about The Khatra Khatra Show, this is the second season of the show. The comedy-game show debuted on March 13 and is written by Harsh and directed by him.

These celebrities have been a part of the show

The show also featured Farah Khan in Friday’s episode. While Bharti-Harsh hosts for the rest of the day. Till now celebrities like Karan Kundra, Nishant Bhat, Prateek Sahajpal, Karan Patel, Harbhajan Singh, Umar Riaz, Rashmi Desai, Prince Narula, Yuvika Chaudhary, Puneet J Pathak and others have been a part of the show. Bollywood stars like Jacqueline Fernandez and Parineeti Chopra have also been a part of the show.

Urfi Javed was clicking a photo wearing a hot dress, the guard put her in color, Video Viral

‘What happened to Mia Khalifa’s feet…?’, fans were surprised to see the video on Instagram