How did the estranged childhood brothers and sisters meet after 42 years?
Advertisement 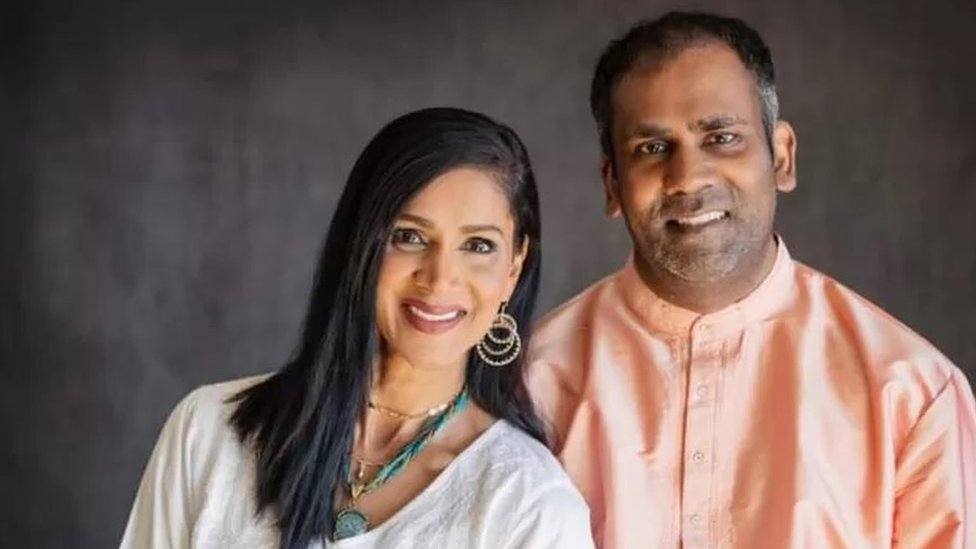 In the 1970s, a woman named Mary Catherine used to run a children’s home called ‘Blue Mountains’ in Coimbatore.

At that time a couple named Ayavu and Saraswati had left their two children, Vijaya and Rajkumar, in this children’s home. In 1979, the prince was adopted by a Danish couple. They named him – Casper Anderson. At the same time, Rajkumar’s sister Vijaya was adopted by a couple from America. Vijaya also got a new name, this name was Diane Vijaya Call.

Now after 42 years, both the brothers and sisters have met and this has been possible due to DNA testing technology.

Diane remembers she had a younger brother. But when Casper was being adopted, he was very young. He did not remember that he had any sister.

A documentary film has been made on these two siblings. Diane says that when she was three years old her mother left her saying that she was going out to fetch food.

In the documentary, she says, “I was crying and asking my mother not to leave me. The last time I saw her was that time.”

Speaking to the BBC, Diane said she felt very isolated when she grew up in a white family abroad.

Casper says that he learned at a very young age that the family he lived with was not his own. Even though he was in Europe, the color of his skin told him that he was Indian.”

He says, “But I never got a chance to explore my roots. I came to Coimbatore twice. Once in 2015 and again in 2019. I found that the children’s home I was in was closed when It’s done. The people who used to run it couldn’t give me any information other than giving me photographs related to it. I went back to Denmark disappointed.”

At the same time, a friend of Casper suggested that he should undergo a DNA test. He told that there are many companies which test DNA samples and match them with the samples kept in their stores.

So, hoping to learn more about his family, Casper gave his DNA samples to a firm called Ancestry.

Sister found in search of mother

Initially, Casper did not get an encouraging result. But a few months later, a man named Michael from Utah, USA, called him and said that his DNA sample matched Casper’s sample to some extent.

Casper explains, “After giving my DNA sample, that person also gave his sample to the same company.”

Here Diane continues to tell her story, saying, “My son Michael went to Bangalore for a short time for some work. From there he told me over the phone – ‘Mom, I have found some relatives of yours’.”

Diane remembered that he also had a brother. But initially he thought that his son must have found some distant relative. Later he came to know that the one his son had discovered was his real brother.

In search of his family, Diane also gave his DN sample to another company. Diane says, “I remember having a small child with me when I was at the children’s home. I used to give her food and snacks when I met her.”

Casper says that Michael told him that his mother was adopted from the same children’s home. He says, “I came to India in search of my parents. But I didn’t know that I had a sister too. I spoke to her on the phone for the first time in 2019.”

Since there was a lockdown during these years, the siblings had to wait till February of this year to meet.

Casper once again gave his DNA to a company named ’23&Me’. Diane had previously given his DNA sample to this company.

He says, “Even before I could find my sister, I found a picture from the children’s home in which my sister was seen standing in front of me. I had only seen her in the photo till then. Since then the desire to meet her intensified. Was.”

Casper said, “When I came to India in search of my parents, I did not even dream that I would find my sister. I only read this happening in novels and stories. When I found out that one of my If I have a sister, I cannot describe in words the feelings that were rising inside me.

Diane says that while talking to Casper for the first time, she came to know that he was her brother. “The DNA test was just a formality,” she says.

Diane and Casper are now in touch with each other. The two are planning to come together soon and find more members of their family in India.

88% of adults in India completed the dose of corona vaccine, the Union Health Minister said this