How is the strength of young players of Delhi Capitals in IPL 2022, Rishabh Pant gave his opinion
Advertisement 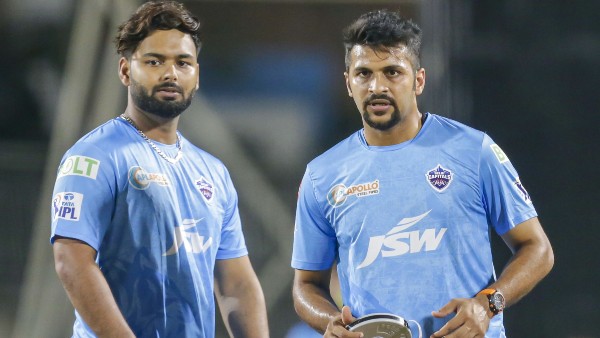 new Delhi.
The 15th season of the Indian Premier League is about to begin, in which only 5 days are left. The 15th season of the world’s most famous T20 league is to be played between Chennai Super Kings and Mumbai Indians from January 26, while the team of Delhi Capitals, captained by Rishabh Pant, will start its campaign on March 27. Delhi Capitals franchise Tata, co-owned by JSW-GMR, will enter the fray with a new group in the upcoming 2022 season of IPL.

After taking part in the training session organized in Mumbai, Delhi Capitals captain Rishabh Pant while giving his opinion on the young players said that the new players of the team are in a very strong position. Giving his opinion on the players of the team, Rishabh Pant said that it seems as if the team has been formed for the first time. During my first practice session, I saw every player in the team, I realized that every player is very strong mentally. Every player is feeling comfortable with the other player.

Read more: Who will be the replacement of Duplessis-Chahar for CSK in IPL 2022, Irfan Pathan suggested the name

Talking about the atmosphere of the team, the young wicket-keeper batsman and captain of Delhi Capitals revealed what he learned after interacting with the new players.

Rishabh Pant said, “Right now we are trying to do all that the new players need during the net session. We are also discussing what role players can play during matches and what should be the atmosphere for them. We have also talked to new players.

Talking about working with head coach Ricky Ponting this season, Pant said, “Meetings with Ricky Ponting are always special. Whenever I meet him, I feel like I am meeting a member of my family. He brings a unique energy to the field. Everyone is waiting what they are going to do today.

India will have to play do or die match in Women’s World Cup, Sneh Rana reveals preparations