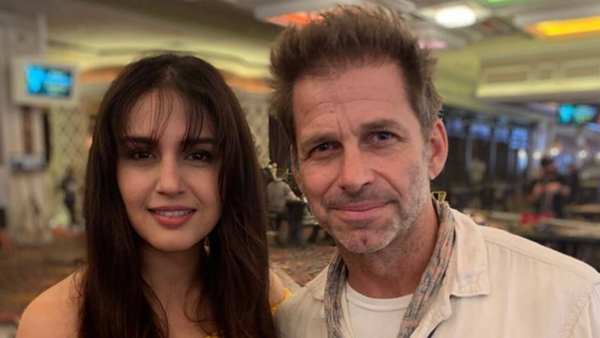 Huma Qureshi who made her Hollywood debut with Zack Snyder’s Army of the Dead can’t keep calm after finding out about its Oscar 2022 win. This year, The Academy introduced two new unofficial categories as Fan Favorite film as well as Best Moments which could be voted for by Twitter users. The Netflix release was celebrated at the Academy Awards with the Fan Favorite Award win, without the gold trophy.

Expressing her happiness over the news, Huma took to her Instagram account and shared a news clipping of Deadline marking the win. She captioned it as, “Omg! This just happened. We won an Oscar!! Thank you to the fans for voting. #ZackSnyder you are the boss @netflix Love to my cast mates and the whole crew!! #OscarFanFavorite #gratitude One step closer … thank you 2022.”

Twitter users were reportedly allowed to vote up to 20 times a day during the 18-day voting period for their favourites. Army of the Dead beat other blockbusters of the year like Spider-Man: No Way Home, Cinderalla, Minamata, and Tick, Tick…Boom!.

Huma was praised for her performance in the film, however, some fans were disappointed with her short role of fifteen minutes. The actress could be seen playing the supporting role of Geeta who gets abducted by the group of Zombies waiting to turn her, alongside a leading character.

The Zack Snyder film was released in select theaters in the United States in May followed by a digitally released on Netflix in a week. The film set in a world where Los Angeles is taken over by a group of Zombies, follows a group of mercenaries who venture into the quarantine zone in hopes of pulling off an impossible heist amid the undead.