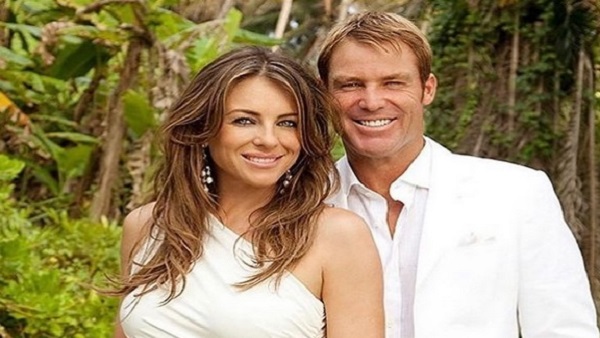 Elizabeth Hurley shared a picture of herself and Warne in her post, about which she wrote that ‘These pictures were taken in Sri Lanka, when we were celebrating our engagement, we had all our children with us. That moment was very beautiful. All the people who love him will never hug another lion, he will live on in our memories forever.RIP Lionheart, with love your Luna .’

After this post of Hurley surfaced, the love story of both of them has become fresh in everyone’s mind. Let us tell you that Hurley and Warne’s relationship was not very long but whatever it was, it was very much discussed. The love story of both was full of adventures and ups and downs just like the T20 match, Here 20-20 matches It is necessary to say because like in the low overs match, both the stars came very close to each other and had a good time together and fast their relationship ended.

The two had also engaged but Warne’s children did not like Hurley, which led to the breakup of their relationship. Let us tell you that Hollywood star Elizabeth Hurley India’s famous businessman Arun Nair in the year 2007 who was married to broke in 2011, This marriage took place in the English court, to give an Indian look, both the people came to Jaipur and married Hindu customs, so this marriage was very much discussed at the international level.

Warne and Hurley’s friendship was said to be the reason for the breakup of both of them. Actually, in December 2010, Hurley and Warne’s friendship was told. front kissing photo After which Hurley and Arun Nair’s relationship was rocked, after which Hurley publicly said that yes she has separated from Arun and she will divorce him very soon. After this she and Warne started meeting each other openly and in the year 2011, she also came to India to enjoy IPL matches. Shane Warne, who was then a player of Rajasthan Royals, had made him stay at a grand hotel in Rajasthan at his own expense, but this cool love story did not reach the conclusion of marriage and Warne and Hurley separated in the year 2013.

Things were getting worse and worse…

Long after this breakup, Shane Warne, while talking with ‘The Times’ magazine, said that when Hurley and I met, we both had no work, I had retired from international cricket, so he Had also taken a little break from films. We met in the year 2010 but a few days later when she got busy with her work, we found it very difficult to give time to our relationship, the situation was going from bad to worse. So we thought that this relationship should end, so we parted ways.

It is known that Warne died in Thailand earlier this month due to a heart attack, he had gone there to spend his holidays with his friends.

Who will be the replacement of Duplessis-Chahar for CSK in IPL 2022, Irfan Pathan suggested name