'I am feeling very bad', Yuzvendra Chahal is not happy on the match won by Rajasthan, know why
Advertisement 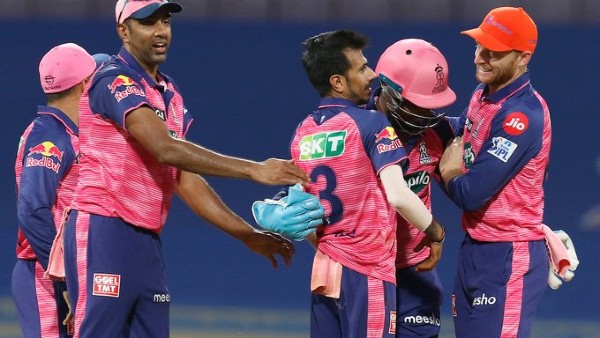 It is noteworthy that in the 9 matches played so far in the IPL, 7 times the teams have failed to save the score, but the team of Rajasthan Royals has done the job of repeating this feat in both their matches. For Mumbai, Ishan Kishan (54) and Tilak Verma (61) kept the match under control by playing brilliant half-centuries, but Ashwin turned the match around by taking the wicket of Tilak Verma. Opening for Mumbai Indians, Ishan Kishan scored a half-century in the fourth consecutive innings and became the first player to do so, while Tilak Verma, playing his second match in the IPL, scored 3 fours and 5 sixes in 33 balls. Completed half century.

Trent Boult took the wicket of Ishan Kishan, while Ashwin took the wicket of Tilak Verma to get his team back. However, he still needed to take wickets to ensure Rajasthan’s victory, which was delivered by Yuzvendra Chahal. Yuzvendra Chahal made Tim David LBW in the first ball of the 16th over, while Daniel Sams was caught by Jos Buttler on the second ball. Chahal was on the verge of taking a hat-trick for the first time in the history of IPL and he almost did it. Murugan Ashwin, who came to bat, tried to defend on the third ball but the ball took the edge of the bat and went to Karun Nair standing at slip, however Karun Nair could not catch the catch and Chahal missed the hat-trick.

What did Chahal say when he missed the hat-trick?

After the match, when Chahal was talked about missing a hat-trick, he said that he felt very bad because it was the first time he was on the verge of taking a hat-trick.

He said, ‘I feel a little bad but it is part of the game. Our main aim was to win matches for the team. It was a very fun match and it would have been great if I had got my hat-trick because I haven’t achieved any so far. My plan was clear that any new batsman who comes, he has to bowl the googly. There was good bounce on the pitch and the ball was spinning, so I looked at the conditions and understood what the team needed. I thought whether I should focus on getting economical overs or should I take wickets, and accordingly the line and length were taken care of. There was no dew in the first match played in Pune and there was no dew in today’s match, now let’s see what will happen when we bowl in the swimming pool (Wankhede).

Rohit Sharma said on Mumbai’s defeat, the tournament is just beginning, we will definitely come back

Alia and Ranbir are getting married in the month of April itself! Tremendous preparation is going on in both the houses