'I am not such a big fan of speed', Shami made a big statement about Umran
Advertisement 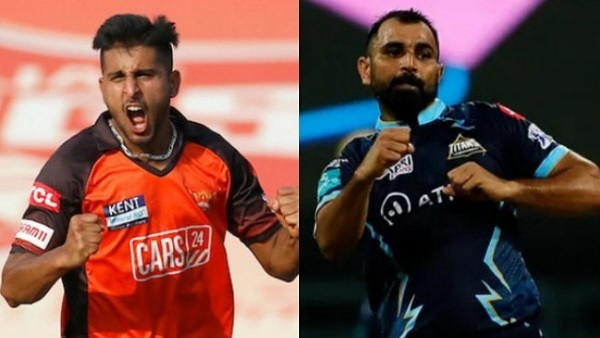 Apart from his fast pace, Umran has also been successful in hitting yorkers. With 15 wickets in 11 matches, Malik is a regular wicket-taker in the middle overs for Sunrisers Hyderabad. The 22-year-old is expected to make it to the Indian team soon as he has already impressed former cricketers across the globe. However, Shami says that he is not such a big fan of speed. According to him, even if you have less speed, you can also trouble the batsmen by reverse swinging the ball.

Shami said that Umran will mature with time. Shami has performed brilliantly for Gujarat Titans as well, taking 16 wickets in 12 matches so far in the season. Shami said during an interaction with select media on Friday (May 13), “Umran Malik has speed, but personally if you take my opinion then I am not such a big fan of speed. If you bowl at 140 Also, if you swing the ball both ways, it is enough for any batsman. Uman has speed but I think he will take a little more time to mature because along with speed, bowlers also need accuracy. needs to be worked on.”

Ambati Rayudu not retiring, he will be with us: CEO Viswanathan