'I didn't expect this from women like you...'
Advertisement 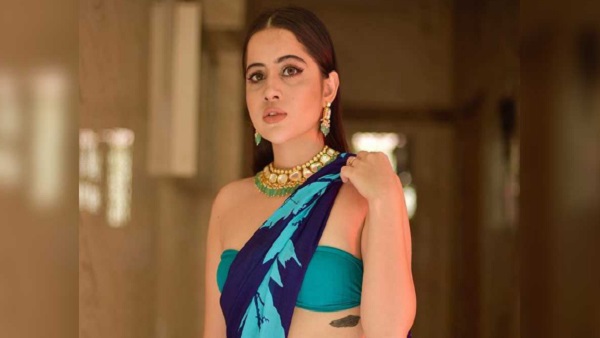 Sussanne Khan’s sister Farah Ali Khan commented on a viral video of Urfi Javed, “Sorry to say but this young girl needs to be reprimanded for dressing distasteful. People are making fun of her and she thinks people like the way she dresses. I wish someone wouldn’t tell him why people don’t like his clothes.”

Urfi Javed did not like this comment of Sussanne Khan’s sister Farah Ali Khan at all. Urfi called jewelery designer Farah Ali Khan sl*t shaming. Urfi pointed out Farah for being a hypocrite and reacted to the entire incident on Insta Story.

Urfi said, “Farah Ali Khan, ma’am, what exactly is ‘tasteful’ dressing? Please explain it to me. I also know that people don’t like the way I dress, I’m not living in a bubble.” But I also never care about people’s opinion.

‘You wear designer tags, so…’

Urfi Javed said, “You wear something that has a designer tag, so it’s tasteful? Your relatives have acted in movies and produced movies where women dressed up in small outfits in item numbers. Is he really tasty? And an item number for sexually exploiting a woman’s body, can it be accepted? Charity starts at home. Peacefully! It was really unnecessary on your part, star kids whatever they want to wear sab tasteful hota hai.

‘Why should I change my dressing sense…’

Urfi Javed further wrote, “You talked about how people don’t like my dressing sense so I should change it. Wow, people have so much to say about your family. Does your family listen to them and turn? There are trolls for star kids too. His dressing sense, you will ask him to change his style too.”

Urfi Javed further wrote, “You are asking me to change because the world does not like me, so tomorrow people will tell your children that they do not like their face, then will you give the same argument to change them… . Would you teach this to your daughter? People don’t like you, please change yourself! So didn’t expect such a thing from a woman like you! You subtly embarrassed me. I am asking you to give the same advice publicly to Star Kids as well.

In another Instagram story, Urfi Javed shared a photo of Sussanne’s sister wearing a bikini. Sharing the photo, Urfi wrote, “Not a way to demean women, but hypocrisy really bothers me! You can wear whatever you want, post anything! Tasteful. I wear whatever I want, untestful.” !”

‘It’s not about money, it’s about happiness…’, what Vivek Agnihotri said on Kashmir Files’ huge earnings

Salman Khan got a big blow from the court, the court dismissed the petition against the NRI neighbor