'I was confident that one day I would become a hero', the insistence of the bus driver's son made KGF's Rocky a superstar
Advertisement 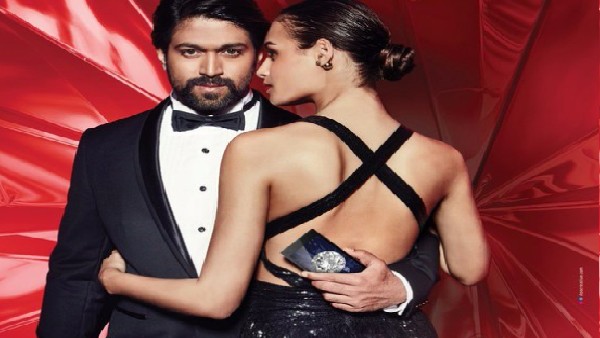 There is no plan other than to become a superstar

KGF Chapter 2 is back with a stellar performance of Yash as Rocky Bhai. The actors of this hit franchise of Sanjay Dutt and Raveen Tandon have given stellar acting performances. Superstar Yash says that apart from acting, he had no other plan. He always wanted to be an actor. But he had full faith in his hard work and never realized how difficult it was.

hobby of becoming an actor since childhood

Yath said that he was fond of acting since childhood. Yash said that when he was asked who do you want to be when you grow up, I said that I will become a superstar. Everyone used to laugh at me for this but I was confident that one day I will play the role of the main character in films.

No effect of teacher’s teasing

When Superstar Yash was young, he was asked what will you become when he grows up, he replied that Superstar. There was a lot of laughter in the class at this point. Since then the teacher would ask him that where is your film till now. But Yash says that he is confident that he will be successful in his plan.

Didn’t know about the struggle of the superstar

Yash said that he did not know how difficult it was to be a superstar. How much hard work and dedication is required in this? But there was an insistence that I want to become an actor. Superstar Yash has said that he has full faith in his hard work. KGF-2 was great. Fans were eagerly waiting for the second chapter. Which is ready to rock the box office soon.

Yash grew up in a middle class family in Mysore. He was born in Hassan, Karnataka. Childhood was spent in Mysore. My father was a BMTC bus driver while mother was a housewife.

Dance competition is a way to promote talent

Yash also used to participate in many fancy dress dance competitions. Superstar Yash considers these competitions as a way to bring out his talent. They say that it made me very happy. From here I went ahead and reached this threshold.

VIDEO: Seal on Hrithik Roshan’s new relationship, was seen holding this actress’s hand at the airport