I will go crazy if I meet Shahrukh, the captain of KKR is eagerly waiting
Advertisement 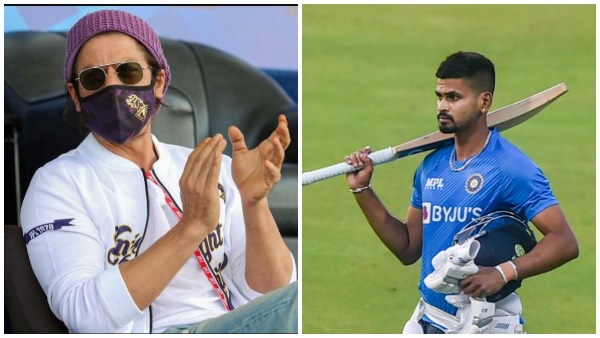 I am really looking forward to that moment – Iyer

Iyer said in a press conference, “I haven’t interacted with (Shah Rukh Khan). I am really looking forward to that moment as he has always been one of the special inspirations for me. Because when Also I get breaks or (during free time) I like to watch his interviews and I love to see the glow he brings to the industry.”

players’ energy gets a boost

The stylish batsman further added that SRK’s presence at the stadium boosts the energy of the players and feels that he can be a little crazy when he meets him for the first time. SRK is often seen supporting his team from the stands right from the start of the tournament.

Iyer said, “And also the support he gives to the team whenever he is present in the stadium is just fantastic to watch from outside. Yes, I am really curious and just waiting I’m counting down the times… I’ll go a little crazy whenever I get a chance to meet him, I guess.”

The 27-year-old Iyer will enter the Indian Premier League with a lot of confidence after having excellent international performances with the bat across all formats. In the recently concluded T20I series against Sri Lanka, Iyer scored 57*, 74* and 73* runs in three matches and was adjudged the Player of the Series. He repeated his form in the Test series against Lanka where he scored two fifties in the second Test and helped India win the series.

Another veteran player tied the knot before IPL 2022, a beautiful picture surfaced