IAS couple Tina Dabi and Pradeep were seen in open love, shared the moments spent together on Insta
Advertisement 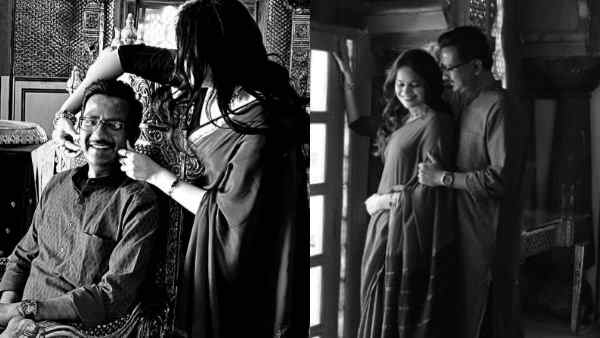 I love your dimples…

In the pictures shared on Instagram story, IAS Tina Dabi and IAS Dr. Pradiv Gawande are seen falling in open love. Tina Dabi has shared a photo, in which her future husband Pradeep Gawande is sitting on a chair with her. In the photo, Tina is seen pulling Pradeep’s cheek. Tina Dabi also shared this in her Instagram status and wrote – Because I love your dimples so much…. 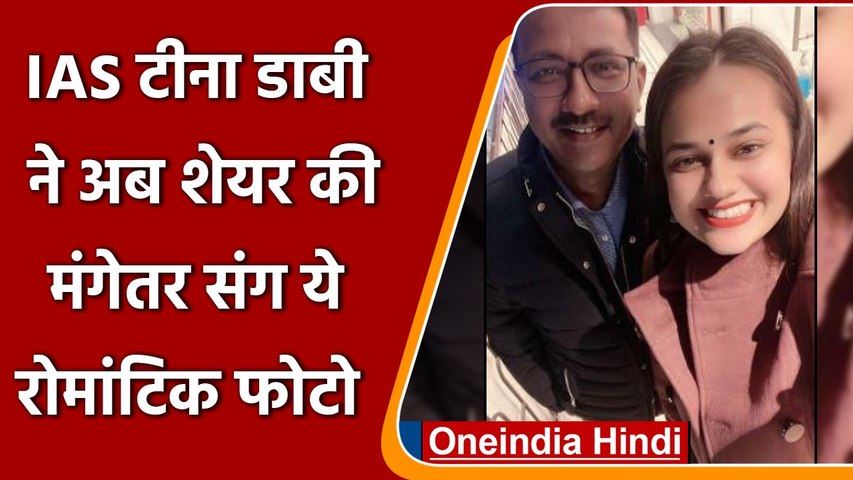 Shared the moments spent together on Insta Story

Tina and Pradeep have shared the moments spent with each other on Instagram Story. Tina Dabi has shared a photo, in which both are in red clothes and looking at each other with a smile. Regarding the photo, Tina has written – We are fighting the heat while drinking orange juice and lemonade. In the photo, Tina is holding lemonade in her hands, while Pradeep is seen with orange juice.

Pradeep has expressed his love for Tina through a beautiful picture. Pradeep and Tina are seen together in the picture. This is a black and white picture in which Pradeep is standing near the window with Tina and Tina is smiling in the picture. The picture shared by Pradeep on his Instagram is shared by Tina Dabi with a song in her story.

Tina Dabi wrote this while sharing the picture

Sharing this picture on Instagram story, Tina Dabi wrote, “With the man whose heart is of gold.” The song is playing in the background of the picture, Dekhoon Main Tujhe Ya Dekhun Kudrat Ke Nazar, Mushklon Mein Dil Hai Yeh Mera. However, the way Tina and Pradeep are openly expressing their love, they are also being praised for it.

Tina had shared the good news of engagement

Earlier, IAS Tina Dabi shared a picture on Instagram about her second marriage. Tina took to her Instagram to share a picture of her engagement with 2013 batch IAS officer Pradeep Gawande and revealed that they are going to tie the knot soon. In the picture, both are seen holding each other’s hands. While Tina is wearing a red sari, Pradeep is wearing a red kurta.

Tina expressed her feeling by sharing a photo

Tina Dabi shared a photo with her fiance Pradeep and wrote a special post. In the post, she is expressing her feeling for her future husband. Tina wrote, ‘You brought a smile to my life’. So right there, the news of marriage to Tina Dabi made IAS Pradeep Gawande an overnight star on social media.

Tina is getting married to Pradeep for the second time.

Please tell that Tina Dabi is going to marry IAS Pradeep Gawande. Earlier she married IAS officer Athar Khan in 2018. However, both of them got divorced by mutual consent in 2020. Athar was posted in Rajasthan at the time both of them got married but after retiring he went back to Jammu and Kashmir.

Tina and Pradeep will take seven rounds on 22nd April

Demand to give ‘Bharat Ratna’ to Ratan Tata by filing a petition in Delhi High Court, know what decision the court gave